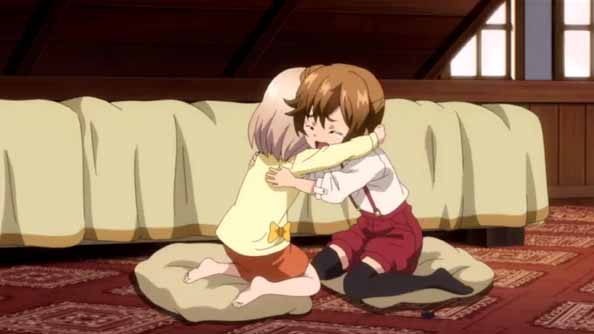 Latina begins her first year of school but a psychotic nun with PTSD is serving as her teacher. While friends run to her rescue, Latina is traumatized by the nun’s physical and emotional abuse. So much so that she breaks off her other horn and nearly dies in the process.

Chloe’s slap to the face and Dales gentle reminder that everyone eventually dies, and that everyone is scared of that fact, cuts through Latina’s self hatred and fear of being left alone. Then she sings off-tune at her recovery party.

The Verdict: Like last week, UchiMusume hints at seriously dark undertones, especially surrounding Dale himself. He apparently wields significant influence — enough to threaten the church itself! However, like last week, this contrast doesn’t have the art style to back it up with emotional punch, and the goofey side is too damn goofey to take seriously.