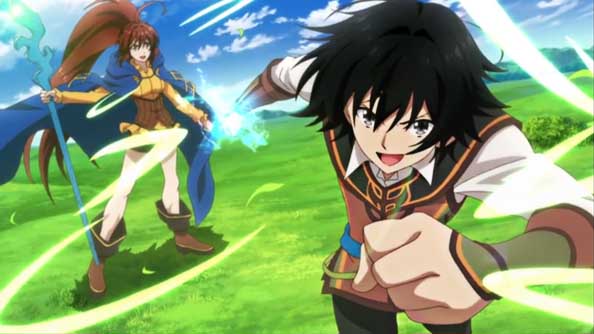 Episode two devotes significant air time to the explanation of magic, power levels, magic user types and their characteristics. Rin is on par with the strongest mages of the realm but also has the unique power to control all 4 elemental forms of magic.  Meanwhile, Taichi is completely unique, having direct control over magic on a scale strong enough to defeat entire kingdoms on his own.

Following a few interlaced training montages that skip through the 3 weeks it takes Rin and Taichi to become skilled at combat, Lemiya and Myura reveal that ‘Lost Ones’ have arrived from other worlds before and, since Rin and Taichi were obviously summoned from another world, they probably need to track down the super mage that summoned them to figure out what is going on. 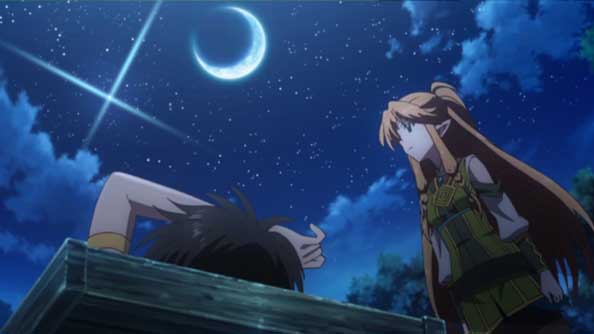 Call it a poorly paced mess, or fault it’s fannish compulsion to explain the details of magic, this episode successfully established its central characters, setting, challenges and immediate objective. Taichi lacks imagination and ambition, which make his absurd level of magic power a dangerous weapon if Lemiya (or someone else) can wield him for their own objectives.

On the flip side, Rin is creative and thoughtful enough to keep Taichi tethered. While her friendship with Myura could be a vector of weakness, Myura already considers Rin an equal. Perhaps even a friend.

Regardless, Taichi and Ren are ready to become adventurers, no doubt spending an episode or two fleshing out what that means, before setting out to find whoever summoned them and for what purpose. 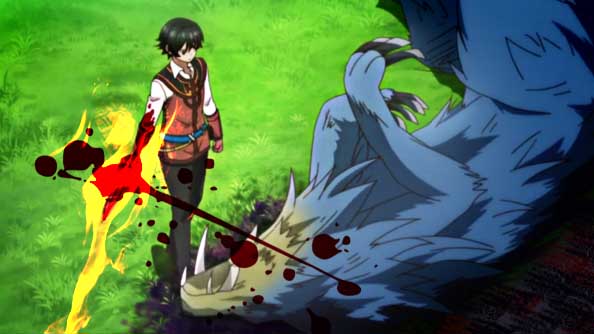 Isekai Cheat Magician does not entirely feel like it knows what it is doing. In principal, this is a story of two friends who are both fish out of water. Taichi and Rin have a long history, which allows the script to play off their shared growth and conflicts.

For example, Rin’s ability to learn magic quicker than Taichi was a great chance to expand their relationship. Does Rin always do better than Taichi, does that bother him in some way, or does it flip the script on their expectations and change the dynamic of the relationship? Making Rin ‘more powerful’ than the hero could have been interesting in itself.

Unfortunately, Isekai Cheat Magician plays it straight. Taichi is the hero and he is the most powerful. Rin is his support and she gets powerful magic to lend that support. Evil is afoot. They will probably stomp all over it. 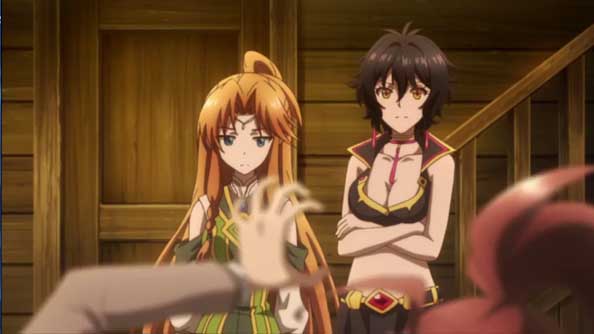 The verdict: ICE contains nuggets of interest. Rise of the Shield Hero aside, it’s not that common for characters living in another world to understand that outsiders can be summoned, and typically summoned for a good reason.

There was also a weird scene where Taichi kills a wolf and we get a close up of the wolf’s eyes as he does it. At first, alert but scared, then degrading to red lifelessness. Coupled with a scene of Rin killing monster rabbits, and ICE hints that Rin and Taichi (and the ‘good guys’) may not really be purely good after all. That seems awfully high above ICM’s head though…

As an episode, it was adequate but the abrupt jumps in time squeezed out any sense of satisfaction. As a show, there are glimmers of potential, but it is doubtful that ICM will come anywhere near that potential.