Shoumetsu Toshi is the latest in a long string of anime in which mysterious phenomena put giant holes or voids in a city. After a brief flashback to the Akira-like mini-cataclysm, we’re suddenly in the present, and a guy named Takuya with a yellow Vespa straight out of FLCL is preparing to rescue Yuki, a blue-haired maiden from lonely confinement. 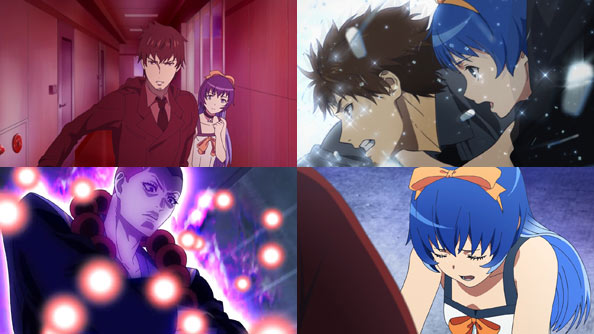 It goes without saying he meets some resistance, as those holding Yuki would rather she stay put, and a hectic chase ensues. The chase, involving esper monks and Apache helicopters, is at least exciting in its execution, but one does get the feeling the show is trying to use that excitement to occlude the fact we have no idea who anyone is or why anyone is doing anything.

Takuya is also capable of doing things with his Vespa a normal Vespa probably couldn’t do, but fine, perhaps it’s modified. He ollies the scooter into the back of a truck lab, where his researcher client(?) is pleased he’s delivered the “sample” (his rather inconsiderate name for Yuki, last survivor of that big boom in the beginning). 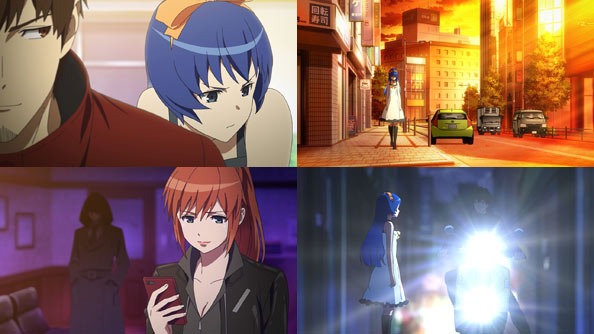 Yuki doesn’t take well to being treated like a scientific sample, and isn’t sure anyone has her back, so she wanders off alone. Fortunately, she doesn’t cover much ground, and Takuya is able to catch up to her and reaffirm his commitment to doing the job he’s been given.

That job is to get her safely to the site of the phenomenon, known as “Lost” (also the name of a popular former mystery series on ABC). Takuya also calls an apparent friend who is quick to betray him, as right behind her is a bad dude in a black trench coat and hood listening in. 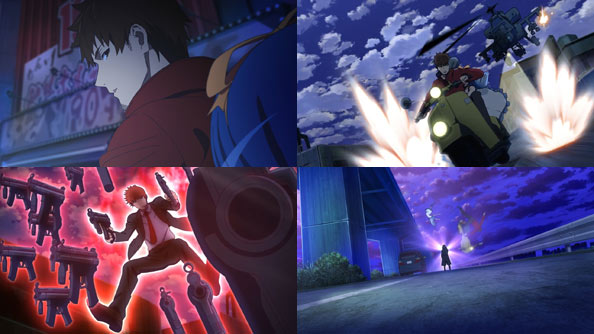 Yuki gets back on Takuya’s scooter, choosing to stick with him, and another unlikely scooter chase ensues, which while packed with more Apache monk, and guy-with-dozens-of-submachine-guns action, left me scratching my head more than pumping my fist. Ultimately, there’s not enough behind the action to form much of a connection to anyone.

Had they reached the boundary of Lost, there might’ve been a feeling of something having been accomplished, but it’s not to be, as the hooded trench coat guy knocks both Yuki and Takuya off the bike, leaving the latter in very bad shape. I wish I cared where things go from here…but I can’t in good conscience say that I do. And that makes two duds to start my Spring. Not encouraging…