The sudden departure of Teresa and Alec for vague “family reasons” comes as a shock to all, especially when the reality of their absence sinks in via their now-empty apartment and desks at school. But no one is hit as hard as Mitsuyoshi, who is constantly encountering things that remind her of Teresa, and of the fact he had his chance to say something to her and blew it.

I don’t think Mitsuyoshi is mad at Teresa—nor should he be—so much as he’s angry at himself. He can’t hide his change in behavior post-Teresa from his best friend Kaoru, who quickly comes to suspect Tada liked Teresa and has been shaken by her disappearance. Kaoru wants to help him, but doesn’t have enough info, and it’s too sore a subject to broach lightly. 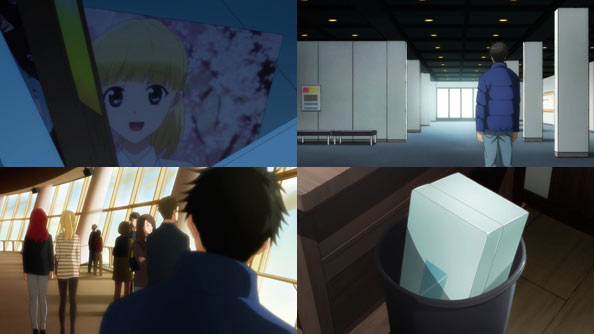 One friend who has no compunctions about broching sore subjects is Nyanko Big, who despite lacking thumbs is able to get into his closet and rifle through the box he filled with mementos of his time with Teresa.

Mitsuyoshi goes off on his own, and senses a great emptiness from all of the spots he’d previously visited on their last day together. Like the new tenants in the apartment, everything has changed, and there’s nothing for it but to move on. Mitsuyoshi tosses his Teresa Box in the trash. 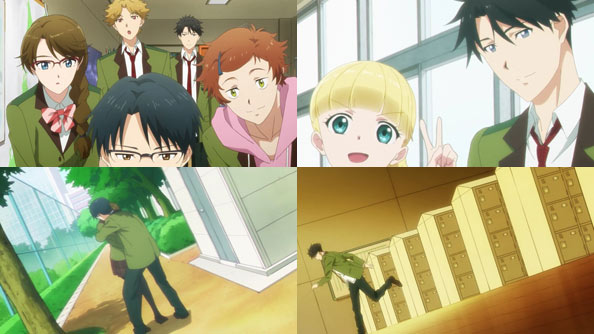 That practical and emotional “decluttering” continues in the photo club, where he unceremoniously erases Teresa and Alec’s names from the whiteboard. Then they find an extra memory card filled with all of Teresa’s photos. They’re mostly of rocks, but the greatest treasure is the sole video file of their game of photo tag.

That’s the day Teresa and Alec truly became two of the gang, and she also managed to capture Hajime and Hinako’s unspoken love. Those memories of Teresa laughing and smiling just keep rushing through Mitsuyoshi until he can’t take it and flees home to retrieve the box from the trash, only to find it’s already gone. 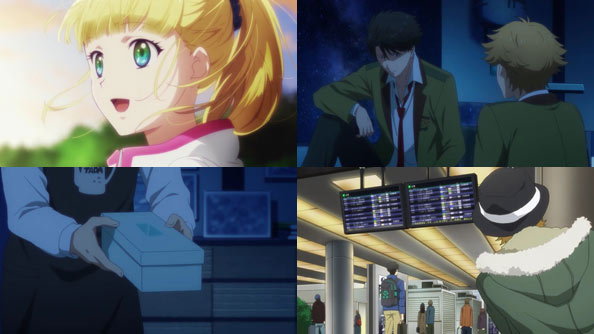 He sulks in his dark room until Kaoru confronts him, though not before showing him the photo he was looking for, which Hajime submitted for him, and which won an Excellence prize. In it, Teresa is beaming, her hair flowing in the wind, rainbows reflected in her eyes. It’s an absolutely gorgeous image full of love—the photographer’s love for the subject in particular. Kaoru says there’s no way such a photo could have been taken if Mitsuyoshi didn’t feel that way about her.

Mitsuyoshi finally opens up about how angry he’s been since Teresa left, and how stupid he was to stay silent and close love out of his life. All he wants is one last chance to see Teresa and talk to her so he can tell her how he feels—even if she rejects them. Gramps comes in with the un-tossed box, telling Mitsuyoshi that now that it’s “stopped raining in his heart” it’s time to search for the rainbow that comes after; i.e. Teresa.