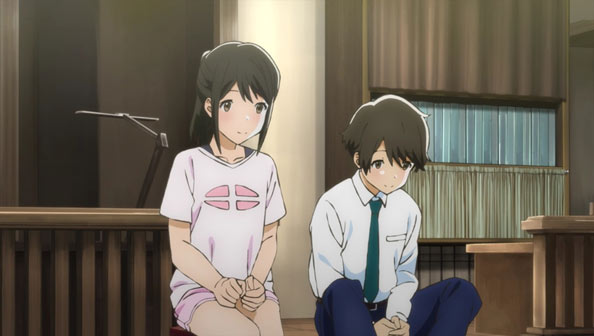 Now that Kotarou and Akane have (mostly) overcome the largest impediment to their relationship with each other—their timidity—we see them hanging out alone together a lot more often and more comfortably, even discussing the ideal situation for the future: attending the same high school.

But no sooner do they swap first names and share a kiss does another obstacle come along; this one isn’t either of their faults, but an external factor. 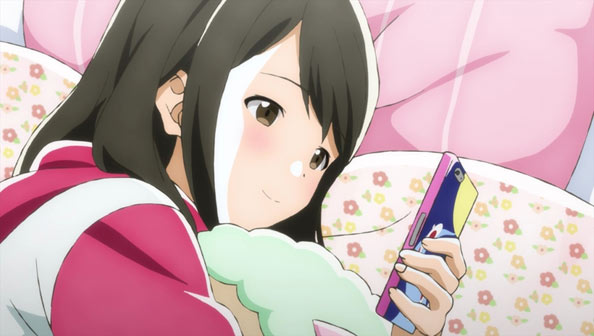 Whenever a dad in an anime has to make an announcement, it’s probably because he’s being transferred and will be moving the whole family with him. That would be fine…if Akane didn’t have a boyfriend and had no interest in being uprooted. Alas, her dad’s gotta go where the bacon is.

It isn’t a sure thing, so Akane keeps it a secret as long as she can. She has her final junior high track meet approaching, after all, and has to keep her head in the game. Incidentally, that also means keeping Kotarou away when he asks if he can watch her run; it would be to embarrassing to her. 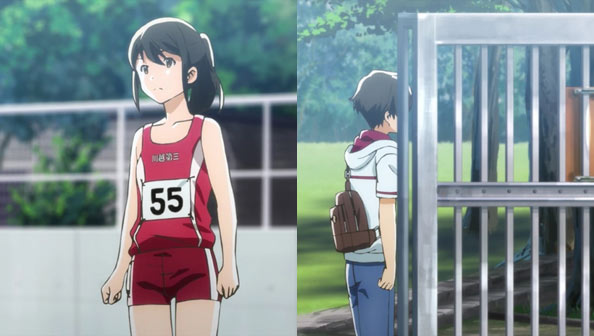 But Kotarou attends anyway, keeping a secret of his own, for the best of reasons: wanting to cheer his girlfriend on without distracting him. I honestly thought Akane would look up at the stands and catch a glimpse of Kotaoru there, but she doesn’t, and instead sets a personal best which she’s quick to snap with her camera and send to Kotarou, not knowing he saw her be awesome. 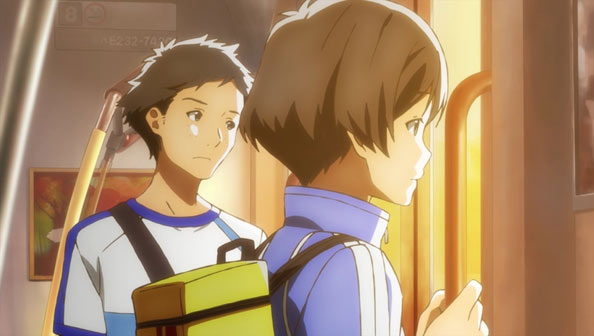 While Kotarou gets the slip on Akane, Chinatsu sees him, and because she’s still not quite over him, she doesn’t let Akane know she saw him. Hira asks Akane if she’ll still pursue track at high school, and she lets slip to Hira that she might be moving to Chiba.

Chinatsu, like Hira, is still stinging from her recent romantic defeat, but Hira seems to instill her with a glimmer of hope; after all, neither of them have actually taken a proper shot at getting the object of their affection to look their way; they’ve only dealt with the other member of the couple; with Kotarou being firm with Hira and Akane making her feelings for Kotarou plain to Chinatsu. 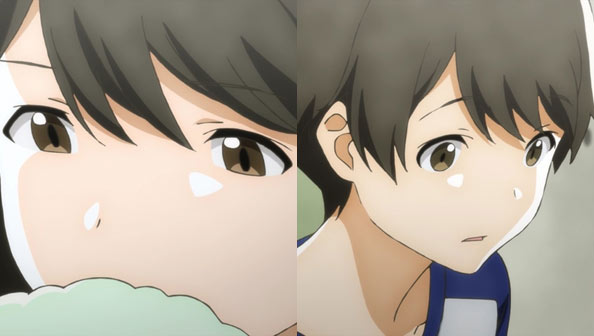 Whether Hira or Chinatsu give up may ultimately become moot if Akane moves, and when Kotarou confesses he watched Akane, Akane tells him about the possibility, and he’s suitably devastated. That being said, Kotarou has an awesome, progressive dad who wants his son to put happiness above fulfilling some kind of obligation; to “take it easy” and live his life doing what he loves.

With that in mind, if Kotarou decides to take a creative pivot towards light novels, he may find himself living in Tokyo before long, and Tokyo is not far at all from Ichikawa, where Akane and her family might move. If not, and the two end up being broken apart do to something as silly as a parent’s transfer, well, that’ll suck!