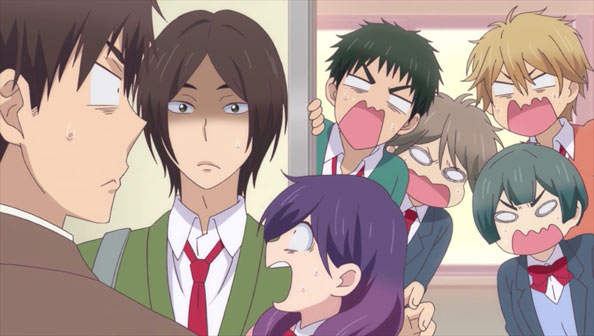 Mu’s ill-advised attempt to convince his brother that Kae was already his girlfriend is undermined by everyone else, and only ends up emboldening Kazuma, who now knows that all of them are into Kae, and he’s only too happy to throw his hat in the ring. 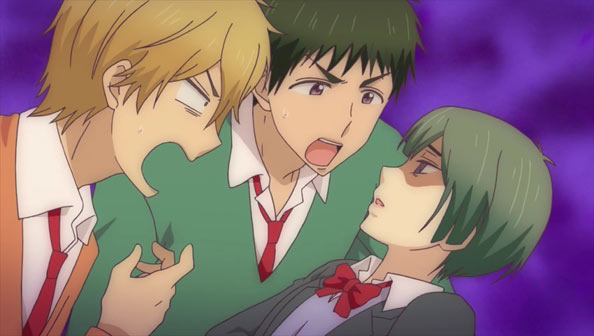 One by one, the group falls before Kazuma, who uses tactics that exploit the weaknesses of each person, be it Shi’s skittishness, Nana and Iga’s reputations, or Shina’s first doujinshi.

It feels a little Wile E. Coyote, in that each character gives up after one attempt to thwart Kazuma, but the point is that only one person can stop him, and he can only stop him by shedding the “meek little brother” act of always conceding everything to him. 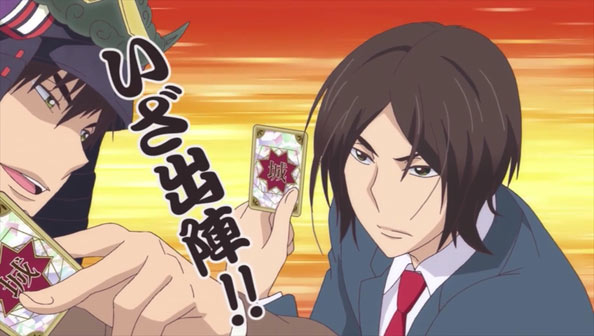 Kazuma is the way he is because Mu always gave him what he wanted. But as he demonstrates in the obscure Sengoku era-themed card game duel, Mu is not willing to cede ground to his brother. He cares too much about Kae.

In an amusing, if not particularly thrilling card duel (during which the gathered crowd and everyone but Kae constantly mention they have no idea what’s going on) Mu executes a just-barely-legal, gutsy move Kazuma did not expect, defeating him by all means at his disposal. 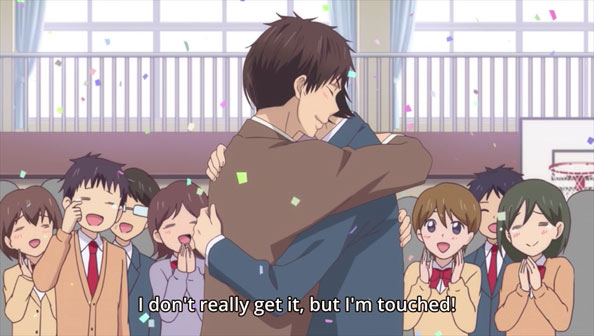 Mu’s newfound intensity and confidence gets through to Kazuma, who accepts defeat graciously; not something I thought would happen after he locked and taped Mu in a locker just a couple days before. But Kazuma is happy Mu finally stood up for himself.

The group is happy Mu won…right up until the moment he capitalized on his victory by confessing his feelings to Kae, who seems to react positively. That naturally puts the others on edge, as with Kazuma (probably, hopefully) out of the picture, Mu is now back to being their rival for Kae’s heart. Even though she’s content to have sixteen fictional waifus.