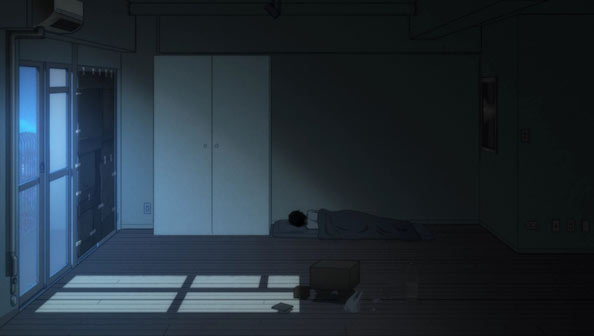 We continue an in-depth journey and the running self-commentary of Rei’s life, including the recent slump that has kept him from advancing, even though as one of five players ever to become pros in middle school, he’s expected to become a master like the other four at some point.

Because Rei is still so young, his childhood was disrupted by such tragedy and trauma, the bad times always seemed to overshadow the good, and his “stepsister” Kyouko dug into him so deeply with hurtful words that sounded like the truth, Rei is left unable to process why he’s so unhappy and unable to move forward in life. 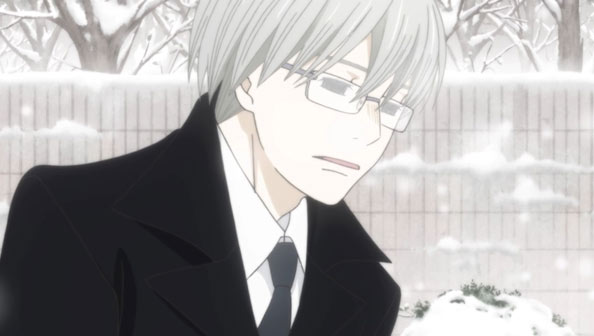 Shogi, so far, hasn’t been the answer. Sure, he threw himself into it with all he had and has been celebrated as a prodigy, but when he’s not playing or training, he has a tendency to shut down. He doesn’t have friends (who aren’t also shogi players).

He barely goes to school, and keeps to himself when he does (I can’t recall even seeing one of his classmates). He admires master Touji Souya, who despite being as old as his teacher still has the face of a teenager; as if his distinguished, decorated career has caused time to stop.

Touji is the titular “God Child”, but I wonder if Rei looks up at him as an ideal to follow, or something he can never attain. Then again, he doesn’t know of Touji delved into shogi not out of love, but out of necessity, as he did. Maybe time stopping isn’t a good thing.

After nearly a whole episode of navel-gazing and listing all of his problems, Rei and we get a welcome respite, as he runs into Hina in town and treats her to a McDonalds shake. It doesn’t take long for the kind and lovable Hina to notice Rei is feeling gloomy, and invites him to dinner back home.

Hina makes Rei feel ashamed and pathetic for worrying so much about his own issues when Hina is sitting there, a middle schooler worrying about a high schooler, putting his feelings before her own (then crashing and burning when her crush the baseball ace shows up).

If Rei’s going to move—if he wants to move—in life, hanging out more with the Kawamotos seems the way to go.

As BSG’s President Roslin said, “Alright…Next Crisis!” Kumiko may be dealing with a widening rift between her and her sister, but that takes a backseat to a more pressing issue that affects the entire band. It’s also the reason we’ve gotten so many close-ups of Asuka’s sadface: her mom is making her resign.

Taki-sensei refuses, but after her mom slaps her (an incident Kumiko happens to witness), the mother and daughter go home, and Asuka returns to school bright and cheery like nothing happened, she just plain stops showing up to band practice. 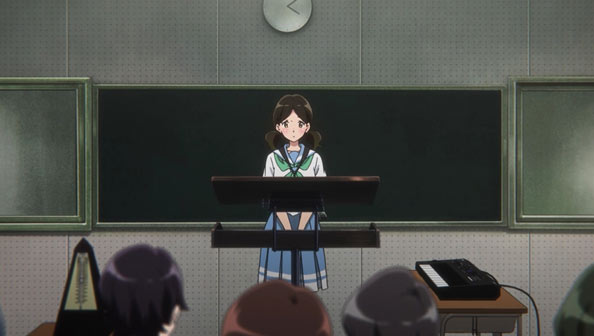 The sudden loss of Asuka, and all the swirling rumors about it, instantly, negatively affects the band’s performance in practice on the eve of a very public performance at a big train station. Taki is not pleased with this, and basically peaces out and leaves President Haruka to deal with it (which is the right move to make, rather than continue trying to focus a clearly rattled band).

Haruka steps up to the plate (well, the lectern), and performs admirably, telling the band, essentially, that all this time they’ve built up Asuka as someone “special” and irreplaceable; but that’s not really the case. And now it’s up to them to support her for once, by bearing down and putting on a show they, and she, can be proud of, in hopes she comes back. That’s all they can do.

The day of the station gig, sure enough, Asuka is there with a bright smile, ready to see what the band can do in her absence. Haruka wrests control of a massive, unwieldy baritone sax and belts out a badass solo. Taki suggested the solo to “shake things up”, and it worked: the performance boosts the president’s and band’s confidence as the Nationals draw nearer.

Asuka’s future with the band is still unclear, but the band will survive. As for Mamiko, there’s something very foreboding about the episode ending with her putting on her shoes and walking out the door of her family’s home.

“Those wonderful memories are mine!” – Old Man

The Gist: Old Man is confronted with the fact that he isn’t the ‘Old Man’ of this Earth but, rather, a parallel Earth and the Hero Agency just sent him to the wrong place. Except this may not be the case, since we quickly learn that the Old Man doppleganger is, in fact, Prince’s older Brother, hatching a plot to destroy the world.

Too bad Old Man is busy dealing with the recently revived snake lady, who’s plugging into Perv has created a FemiPerv variant. Uh… that’s about it. 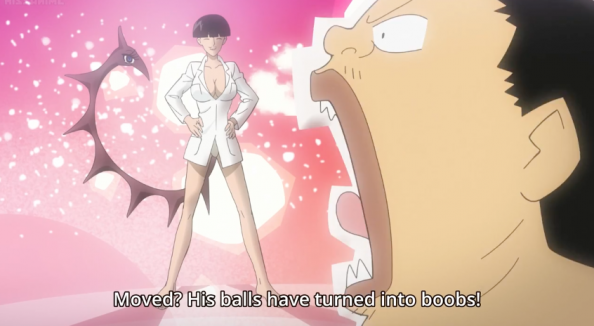 “That’s a terrifyingly delusional plot twist, but it makes sense for some reason” – Old Man

Verdict: As always, Old Man’s dialog is the strongest aspect of To Be Hero. When it’s not poop humor, the dry absurdity of his lines, and his casual dissection of how idiotic the world of hero shows is around him, genuinely bring out the lolz.

The rest of the show, not so much…