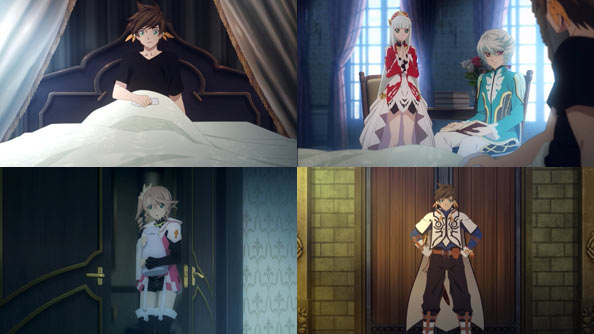 Sorey wakes up, ReZero-style, in an ornate room, with Lailah and Mikleo by his bedside and a relieved Alisha not far behind. Wanting to provide more than a simple thank you for taking on the mantle of Shepherd, she provides him with some dope Shepherd threads. Now the hero looks the part. 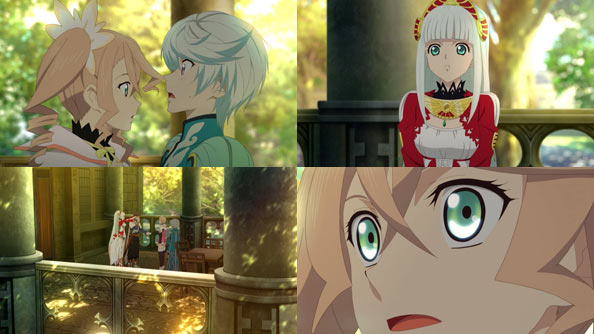 What continues to be an refreshing twist on the RPG party-gathering is that Alisha can’t see or hear two of the party members. But she does believe, and her faith is affirmed when Lailah sets it up so Sorey, blocking his senses and holding his breath, can serve as a conduit through which she and Mikleo can speak to Alisha, and she an hear them. I loved how her eyes sparkled at this revelation. 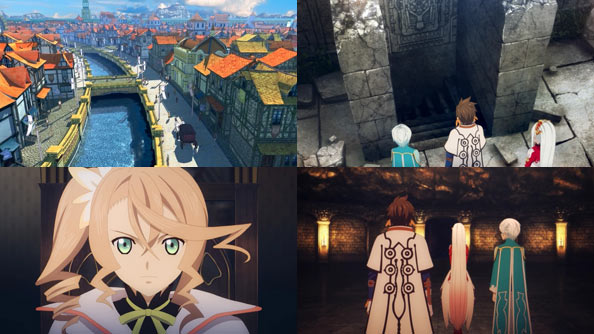 From there, after a brief tour of Ladylake (where everyone has raised flags of the Shepherd in celebration of his rise) Alisha splits off from the other three, to meet with the council and refuse Lord Bartlow’s demand she “hand over” Sorey to them.

Surely she suspects the not-so-good lord had a part in the hiring of that assassin last week, even if there’s no proof. Meanwhile, Sorey, Lailah and Mikleo go down a Zelda-style staircase into a dungeon, towards the source of a large amount of nausea-inducing malevolence. 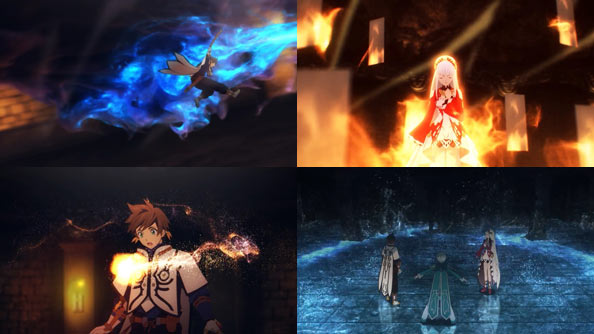 There, they encounter a swarm of bats who have turned into hellions, which coalesce into one giant bat that serves as a miniboss. The enemy is frightening, but the battle goes relatively easily for Sorey thanks to backup from his fire-and-ice-aligned Seraphim comrades.

Lailah also shows him that now that they’ve contracted, she can turn into a ball of light and retreat into his body when not needed, and also tells him he’ll be contracting with more Seraphim before long. It’s crucial for him to travel the world in order to gain wisdom and strength to fight the big bad: the Balrogesque Lord of Calamity. 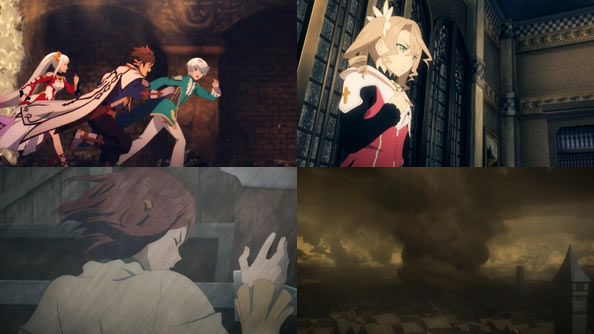 After discovering a charnel house filled with malevolence-filled bones of defeated rebels, things get a little more hairy, as malevolence starts to seethe from beneath their feet, blowing bits of the dungeon floor into the air, creating action-RPG-style obstacles to avoid.

When they surface, a great dread storm has arrived in the city, complete with a massive swirling twister. Surely the Lord of Calamity hasn’t already arrived? Whether it is or not, it looks like a pretty bad situation.

Sorey will have to hold close to his comrades absent the wisdom and strength he has yet to amass, while Alisha must deal with both political and existential threats to her monarchy.