This episode of Alderamin provided great bang for the buck, not only giving us a highly satisfying mock battle where Ikuta can flex his keen military mind and Yatori can flash her considerable skills in combat (albeit on the wrong side), but it also inserts a fresh plot against the princess by skilled knights loyal to the late Gen. Rikan.

That once more places our core of protagonists between training and war, and neither Yatori nor Ikuta flinch when the time comes to flip the switch to “playing for keeps.” 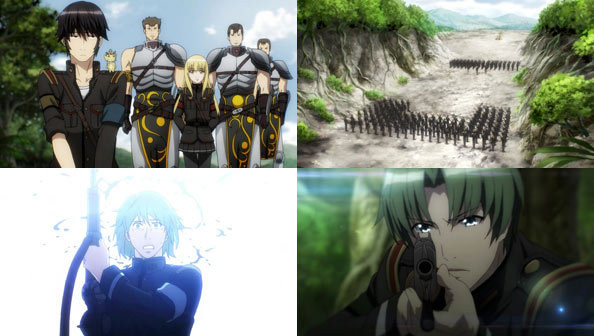 But first, Ikuta easily outwits an overconfident and intellectually outclassed opponent, just as we thought he would. It wouldn’t be any fun if his chess moves proved incorrect and a clearly semi-villainous character were to prevail, even temporarily, eh? In fact, had Sarihaslag not had Yatori on his side, he would have “died” much sooner than he did.

Ikuta steers the mock battle exactly how he likes, exerting as little effort as possible and making his off-balance opponent fret and sweat (I like how he let Torway do the honors of taking out his bro). Like farming and digging wells, his strategies are borne out of laziness; the human desire to make life easier.

You’d think Suya would still be opposed to this kind of philosophy, but she looks as dazzled as the rest of Ikuta’s men, who surprise him by chanting his name. But he doesn’t think he did anything special. Just Ikuta being Ikuta. 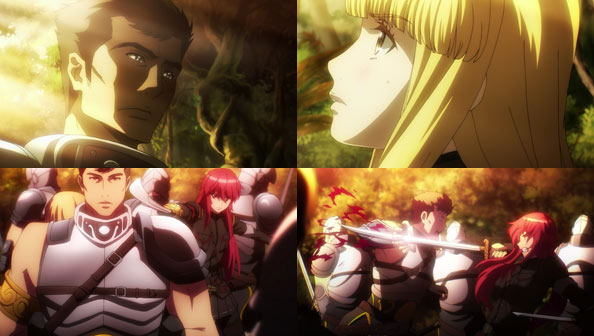 Because the mock battle was so entertaining and yet still fairly lighthearted, the episode wisely decided to follow Ikuta’s victory up with a serious situation, as Chamille, hearing false reports that Ikuta was injured, ends up surrounded by rogue knights who want to exact their vengeance upon her for what happened to their beloved leader.

Yatori is Johnny-on-the-spot, but these are seasoned warriors led by someone who looks just as badass as her, if not moreso. Indeed, he quickly demonstrates how tough he is by driving his bare hand through Yatori’s sword and pinning her to the ground.

That’s when Torway fires a shot at the rogue captain’s head, and things get crazy.

The moment Yatori’s movement is freed by the shot, she kills the captain, then explodes into a furious killing frenzy, ending the entire group of renegades with the vicious grace of some kind of wild cat. It’s Alderamin’s best combat sequence to date, beautifully staged and animated for maximum breathless effect. 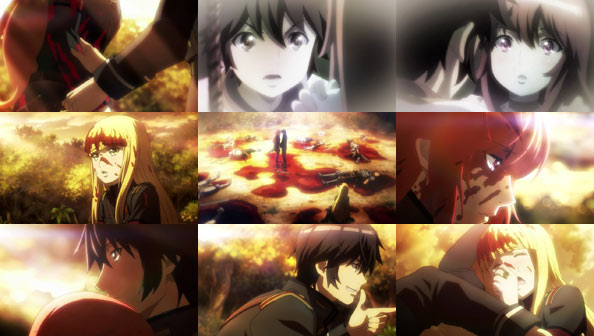 When it’s all over, all the traitors are lying dead in pools of their own blood, which also covers both Yatori and Chamille, who is fine, but stunned by what she just witnessed. Yatori too can neither move nor let go of her swords, as if unable to switch off her berserk mode.

That’s where her “left hand”, Ikuta comes in, saying just the words and touching her in just the way that calms her down and brings her back into the world, as no one else can. This is clearly not the first time this has happened; Ikuta has been supporting Yatori since they were very young. If anyone wondered why she puts up with this twerp, here it is.

When Chamille sees Ikuta with Yatori, she seems in awe of the bond they share, not to mention jealous. And when Ikuta starts teasing her for drenched in blood (probably not the best idea considering she’s twelve), she starts to bawl like the kid she is and lets him have it.

Ikuta may be annoyingly good at a lot of things, but he has enough flaws and nuances to balance him out and bring out his humanity. And his chemistry with Yatori, and the dialogue, combat and direction in general are all marvelous. If it weren’t obvious already, Alderamin is a sure keeper for me.