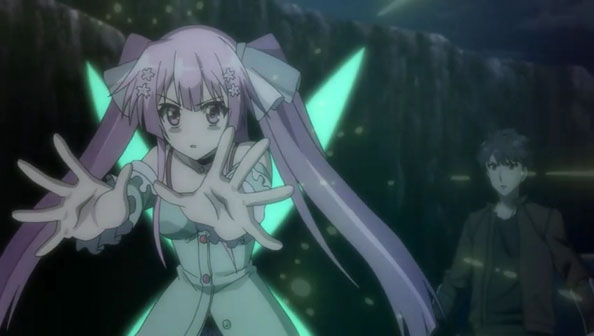 Anyone hoping this week’s Hundred would out-do Bakuon’s T&A quota may come away disappointed: there was precious little time for girls to throw off their clothes and jump Hayato, what with all the battlin’ going on. And hey, what do you know, Sakura’s Hundred also gives her defensive capabilities. Why does she need a part-time bodyguard, again? 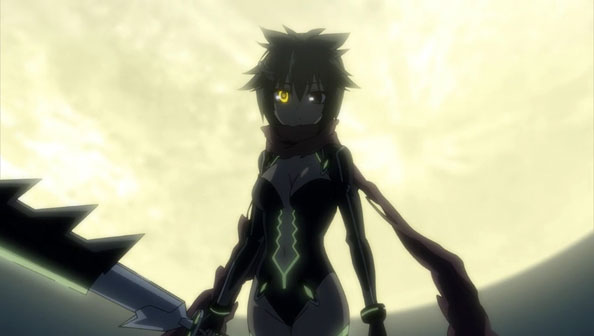 Apparently not from the pack of elite variants who poach savages. The group of three (four?) make the Little Garden students look a bit silly; though perhaps that’s not entirely fair as you’re talking about pros (albeit young ones) against amateur students. Nice outfits, though. 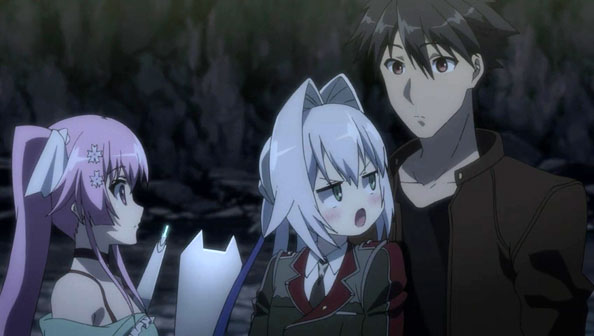 Sakura expresses a little confusion over Emile’s possessiveness towards Hayato (being a “boy” and all), but nothing comes of it, and in any case, there’s no time for fooling around since there’s savages to fight! Only the hunters fought and beat the savages for them. And there actualy was time for a lot of standing around and talking. As for the savages, they seem really slow and dumb. 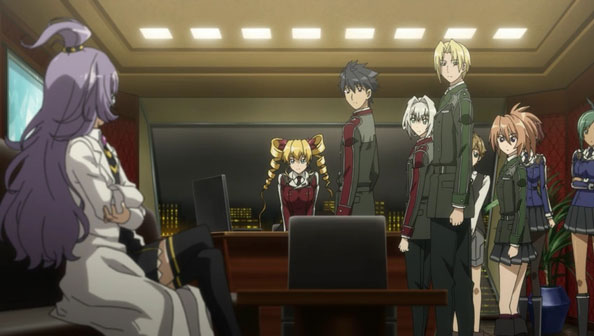 The savage hunters, imaginatively called “hunters” by Claire at their debriefing, are after savage cores, because cores and variable stones are basically the same thing, both technologically and monetarily speaking. But this is all Top Secret, so don’t tell anyone, even though the science loli told half the cast. 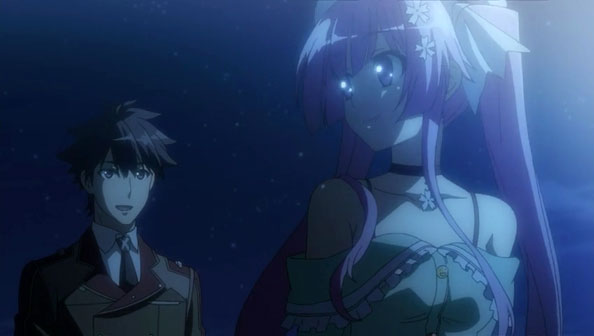 Sakura spends a good amount of time on a beach with no bodyguard, it seems, because she’s already there when Hayato answers her summons. When Hayato says everyone’s looking forward to the concert, Sakura goes into a pity spiral, saying people are only affected by her song because she’s a variant and that’s her skill. Hayato rebuts: she touched him and Karen way back before she was an idol, so quit hatin’ on yoself! 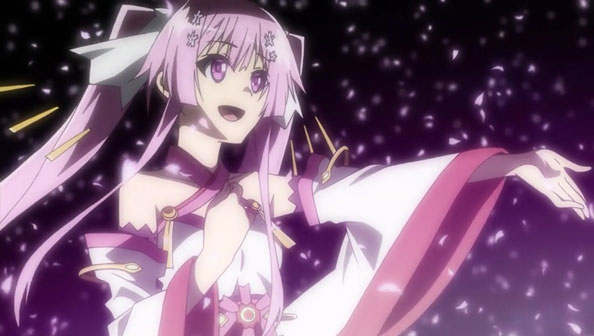 The concert ensues, and, erm, it’s okay I guess? Pretty underwhelming. They never even bothered to animate Sakura singing; not even once! Which begs the question, why have such an ambitious idol concert scene if you don’t have the budget? I don’t know, but at the end Sakura breaks out the same song she sang to Hayato and Karen, which is nice. 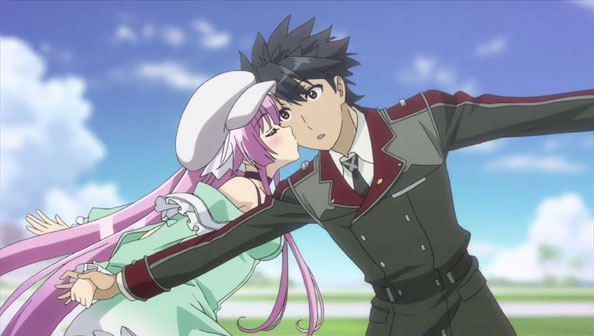 After giving Karen, who really should be dead from all the exposure to the outside (why else would she be confined to a hospital room the rest of her life?) an autograph and handshake, Sakura closes in for a big ‘ol smooth on Hayato’s cheek, making the polyamorous lil’ scamp blush like a rose – and outrage all the other girls present currently crushing on him. 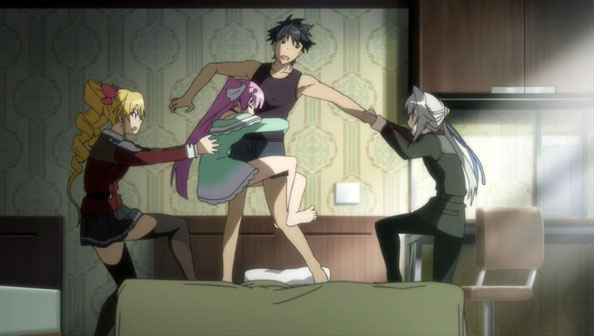 It wouldn’t be Hundred without closing with an even more ridiculous portrayal of Hayato’s harem, in which three of his girls tug and pull at him like he’s the last carton of milk at the store during a blizzard. You break him, you bought him, ladies…and what are you gonna do when you get him?