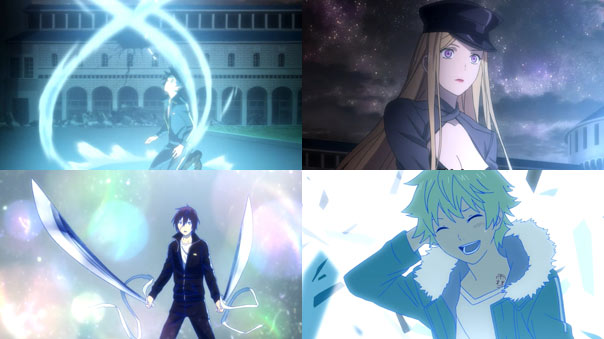 Last week, it was all coming up Kugaha: everyone was playing the roles he’d laid out for them, and everyone was tied up in a knot, culminating in the shattering of Yukine by Bishamon’s untempered-by-Kazuma hand. But Yukine is fine, in fact, he’s better than fine: his act of sacrifice to save his master led to his evolution and transformation from mere regalia to blessed vessel, the same thing that happened with Kuzama.

Now Yukine is two blades instead of one, and they’re both much sharper; all the better to protect his master. Let there be no more doubt about the depth of their bond not just as master and weapon, but family. 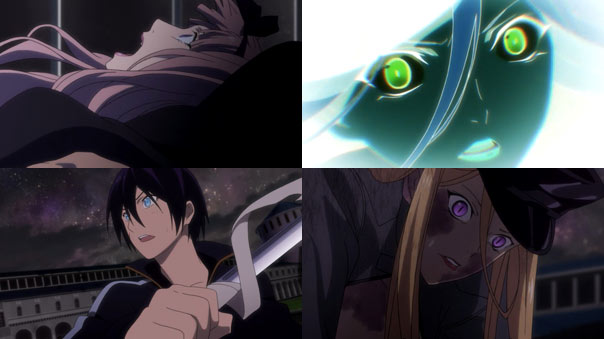 Does the quick resolution of last week’s cliffhanger kill the tension? Not by a long shot. In fact, Yukine’s transformation still plays into Kugaha’s hands, because Yato is now in a far better position to take out Bishamon, who is riddled with blight once Kugaha’s medicine wears off. But if the corruption is weakening her, it’s sure hard to tell; she fights as hard as ever, and her regalia suffer, sharing every blotch of blight she’s enduring.

This won’t end well until someone acts outside of the chain of command and saves Bishamon and everyone else from herself. 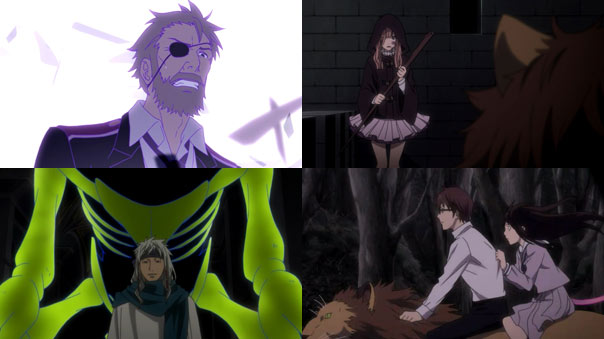 That someone is Aiha, who tells Kuraha, who was just wishing Kazuma was there, where Kugaha stashed Kazuma and Hiyori. As Kugaha lays waste to scores of Bishamon’s lesser regalia with a giant dragonlike phantom, the old lion conveys the two former captives to Bishamon and Yato.

Notably, Hiyori refuses to return to the living world and her body until Yato has seen her; just as Kazuma may be the only one to stop Bishamon, Hiyori is the only one who can stop Yato. 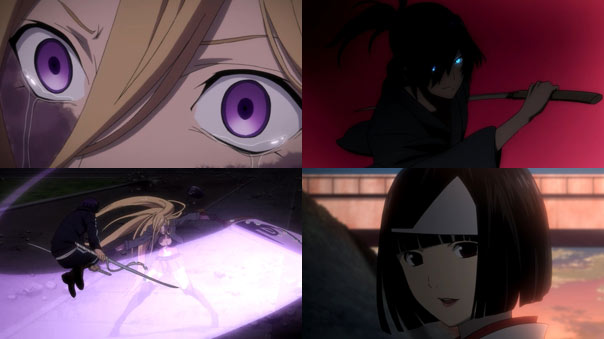 As Bishamon endures the pain of losing more and more regalia, she refuses to give up the fight, and seeing who’s fighting her, doubles down on her belief Yato is the one behind all this, and is again trying to take everything from her. At the same time, Yato hears the voice of Nora imploring him to cut Bishamon’s regalia down before she entangles him with her scourge. Nora drowns out Yukine’s voice, Yato’s eyes go dead, and he aims for Bishamon’s throat… 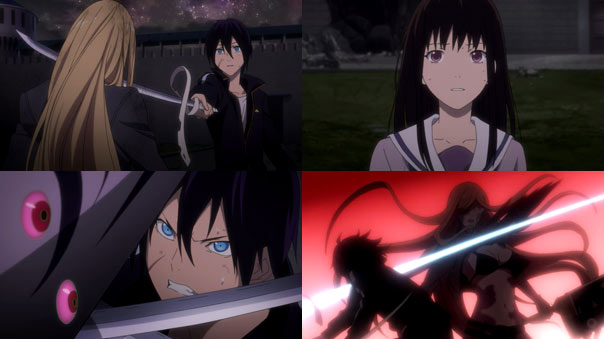 But Hiyori’s voice, now stronger than Nora’s ancient influence, and the reason he’s come, stops him. She shows she’s fine, and explains Bishamon didn’t kidnap her. But it’s too late; if he doesn’t kill her, she’ll kill everyone in a massive atom bomb of corruption. Again going exactly according to Kugaha’s plans, he plans to kill her, saying it’s “not such a big deal” as she’ll be instantly reborn. But it will be a big deal, because she won’t be quite the same Bishamon.

Fortunately, perhaps, Yato’s cut doesn’t kill her, and when she counters, Kazuma comes between the two and takes the full brunt of the attack, then embraces Bishamon and confesses what he deems his sins. He was always going to tell her that he ordered the killing of the Ma clan, but he was the only one left she could turn to, he simply couldn’t say it, and never did, until now. 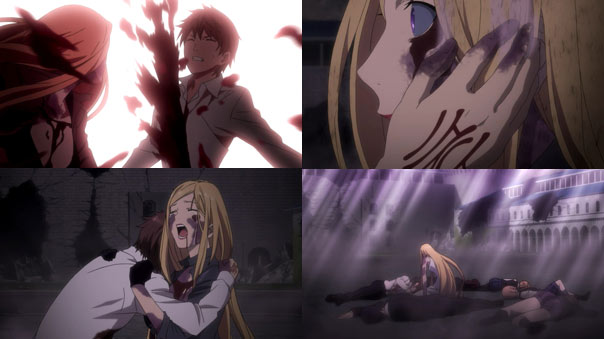 Still, I think Kazuma is being too hard on himself. He did what he thought he had to to save his master, and bearing that terrible secret also protected her. Having only Kazuma as a basis for starting over was more important than revealing the truth, which back then would have been the final nail in her coffin. Instead, he became an earring and her exemplar, and she became a better, kinder god.

As with Yukine last week, I can’t definitively speak to the status of Kazuma (though I doubt he’s a goner), but that was some intense catharsis right there, and it had the effect of calming Bishamon and prompting her to release all the regalia she was pushing to their limits.

Most importantly: Aiha’s turnabout, Kazuma’s intervention, Kuraha’s independence, and Bishamon’s catharsis were all events that weren’t part of Kugaha’s plan. He managed to kill a lot of regalia, but his primary goal was thwarted (for now), and now Yato is resolved to go after “the guy behind all of this.” Finally, a break for the good guys.