As Corsica’s hunters (AKA the “Destroyers”) begin bombing the Paulklee district to dull Twilight senses, Delico leaves Monroe’s mansion to find his sister Erica and deal with her, with his colleague Yang tagging along. Doug tries to get back to base, but gets an X-slash across the chest. And the axe girl with the everlasting lollipop and funky manicure is unimpressed with the quality of opponents, calling them “a pile of crap.”

Notable in their total (rather than partial) absence from the episode? Nic and Worick. And yet the episode does just fine without the Handymen, giving the supporting cast room to breathe and be fleshed out a tad more (though without any lengthy flashbacks). 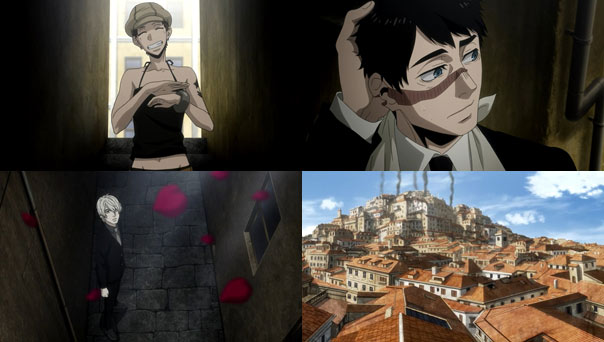 Central to the episode is the semi-secret romance between Marco and Connie, the latter of whom says goodbye with sign language in a way that suggests she’s going to end up in danger before the day is done. Yet between this, Ally taking care of the kid at the Handymen’s, and Delico’s Erica-Hunt, the Destroyer’s chaos isn’t as far reaching as last week suggested…at least not yet. 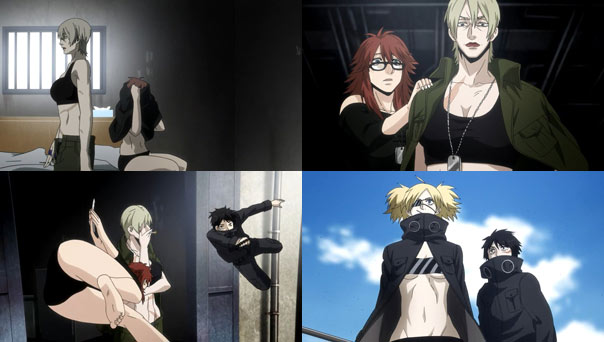 It doesn’t take long for Sig to carve her way to Gina Paulklee’s bedroom window, where she’s just waking up (with Ginger, who we now know is also her lover). But Gina ends up agreeing with Sig that the place is a cesspool. Her point is, so what? Now that Sig has come to this point, neither she nor her Destroyer partner are authorized to act, and even when her partner does go after Gina, Ginger snaps his knife with her bare hand. Sig’s axed her way through soft wood, but now she’s up against tougher stuff, and it’s good to see the doubt in her eyes for the first time.

That particular standoff ends in a Destroyer retreat, but the rest of them continue to move, and the damage is done. Delico and Yang run into Heather, the sister of a six-year-old killed by Erica, hoping she’ll lead them to her, and Doug bleeds out in Gal’s arms rather than accept a downer Celebrer. It would seem Doug has had enough of the Gangsta life, and is content to take his chances in the afterlife.

One Destroyer is a raven-haired beauty who wants smokes, and the town tobacconist just happens to be Connie’s grandmother, who is out. Connie gets her the smokes, but the woman can’t help but smell Marco on her. Marco, sensing Connie is in danger arrives only to find her hat. If the Destroyers are going to start taking normal hostages, the Twilights care about, that’s only going to make things more difficult in the finale next week, where I’m guessing Nic and Worick will pop back out of the shadows.