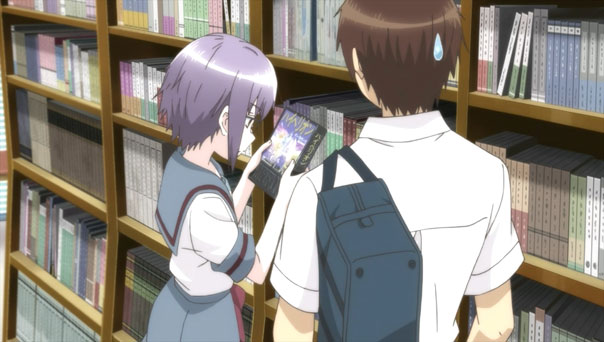 This week is another quiet, pensive exploration of “New Nagato Yuki”, as time passes and more aspects of “Old Nagato Yuki”‘s personality gradually begin to surface. With four more episodes left after this one, the show may as well take its time.

As a result, we’re treated to a rare instance of observing a character more or less observe themselves, along with Kyon, constantly on edge about the possibility of fading into oblivion once Old Yuki fully returns.

It’s a slow, slow burn, and very…neostalgic. New Yuki is seemingly experiencing this library for the first time, but it is in fact the same library where Old Yuki met, and possibly fell for, Kyon.

I continue to be fascinated with the two different sets of glasses Nagato Yuki owns. The New Yuki wears one set; the Old Yuki wore the other. And as if she were getting superstitious, or even validly worried about further stimuli progressing her disappearance, New Yuki chooses not to put the old glasses on.

When Kyon tries on a pair of sunglasses, Yuki is almost taken aback by how easily he can do so without having to worry about his personality drastically changing. 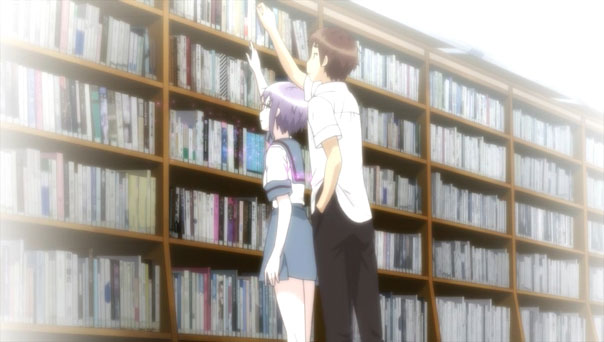 But even though she eschews the old specs, there are other stimuli New Yuki cannot avoid, because she doesn’t know about them until it’s too late, such as when Kyon gets her a book she’s too short to reach. She’s blushing, getting nervous for “no reason”, and her heart is beating faster.

Hell, she’s even smiling. New Yuki wants to think she’s in control; wants to think she has a decent chance at surviving, that this “change” is permanent…but there’s too much evidence to the contrary, and it’s all because of her continued proximity to Kyon. 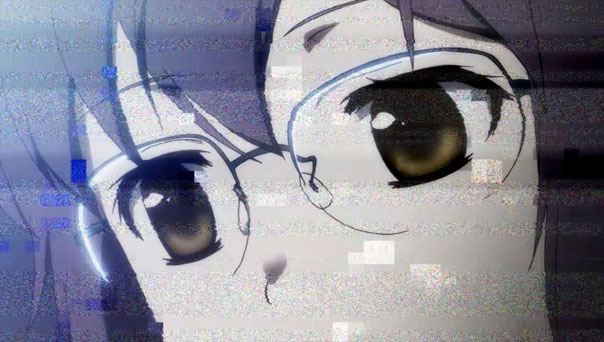 New Yuki is remembering Old Yuki through dreams that are really memories, but they feel like someone else’s, an interloper’s, if you will. I find it fascinating that the show isn’t automatically taking Old Yuki’s side here; New Yuki has every right to exist, even if it’s not for much longer, due to the fact she only exists at all due to some strange brain glitch as a result of an accident that will pass with time. 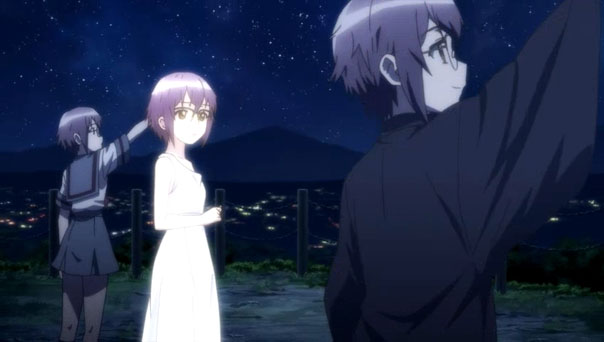 But things may not be so black and white. There are at least three Yukis to consider: the one before she met Kyon, t one who is in love with Kyon, and her current self, who stands between them, with bits of both mixing with her.

It would seem as though her brain injury fractured these parts, and that their “natural state” is combined into one; the one that, thanks to the linear passage of time, loves Kyon.

Yet that doesnt’ make it any easier for New Yuki, who considers herself a separate entity within the same body—a body she doesn’t necessarily want to surrender.