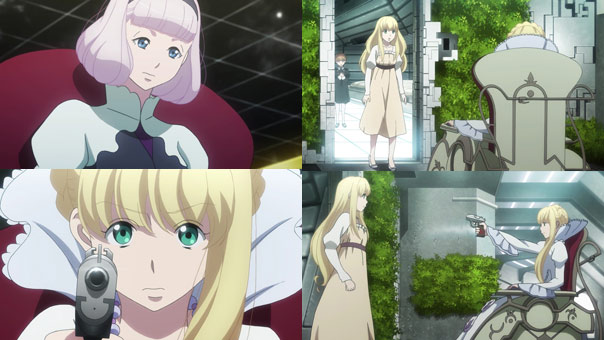 Slaine’s preoccupation with the battles on Earth, combined with Lemrina’s relative freedom of movement, means it doesn’t take long for Lemrina to find her sister awake and well, and learn that her fiancee has been lying to her face.

Lemrina had certainly showed signs of increasing obsession with besting her sister, and when she pulls a gun on the real Asseylum, it seems like a natural extension of that attitude. But at least, here, she stays her hand.

Perhaps its the fact that a part of her is genuinely glad to see her sister; that it was easier to consider sororicide when her sister was nothing but an unconscious body floating in a tube. 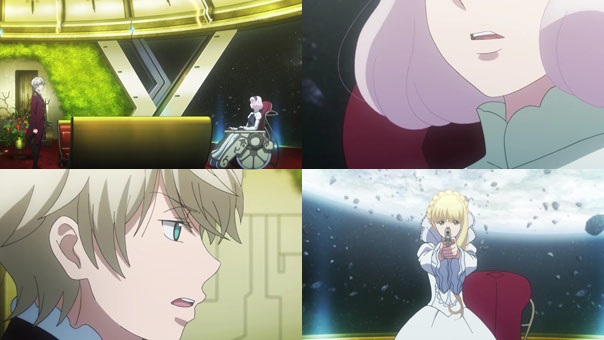 Instead of killing Asseylum, she and Lemrina organize a clever little switcheroo on Slaine. This time it’s Asseylum posing as Lemrina, who confronts Slaine and listens to him prattle on about the inevitability of war, proving to her the Slaine she knew and cared for has changed in two years, for the worse.

He’s power-drunk, and there is no longer any reasoning with him. In one of the more badass sequences of this season, “Lemrina” stands up out of her wheelchair, reveals her true identity, and orders Slaine to stand down. 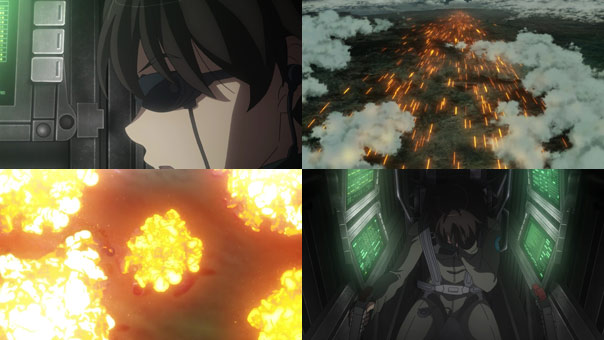 Down on the surface, the United Earth Forces are faced with three Orbital Knights working together, combining their powers of invisibility, electricity, and duplication to good use. It’s another showcase for Inaho’s inexhaustible resourcefulness, as all three counts’ kataphrakts are taken out one by one by finding and exploiting their weaknesses, just as if they were only dealing with one at a time.

It’s a big victory, in that it proves that even working together, the Orbital Knights are far from invincible. It also shows that Inaho is putting too much pressure on his physical body for the sake of carrying the day for the UEF. I doubt his pain will go away, especially as he takes on more and more complicated operations. He’s running out of time; if he’s to do something about Slaine, he’ll have to act soon, before his own body betrays him. 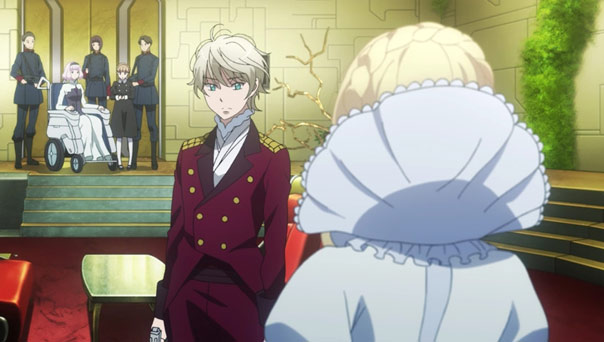 And despite the Vers Sisters working together, Slaine isn’t going anywhere. He has the full command and confidence in his subbordinates, and is also pretty sure Asseylum isn’t going to shoot him with a gun. So he disarms her and has both princesses confined to quarters under guard.

In this, the “palace intrigue” side of A/Z would seem to have come to an end, especially when Slaine tells Harklight he doesn’t care anymore whether the sisters ever understand his actions anymore. There’s no more pretending there’s going to be a fairy tale ending for anyone. The sisters are his keys to Aldnoah, and so still have value, but I wouldn’t be surprised if a little further down the road, his plans include doing away with Aldnoah altogether, righting a great wrong Saazbaum was never able to. 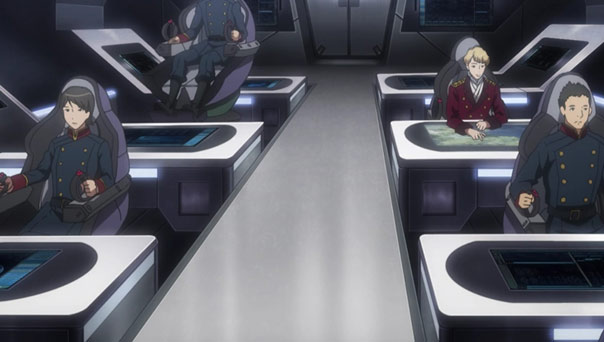 But like Inaho, Slaine is running out of time. None of the Orbital Knights know of all the drama going down with the princesses, and assume everything is being done under Asseylum’s authority. One such Knight, the son of the late Count Cruhteo, Cronkine, is arriving. Like Asseylum, he knows Slaine from way back. I doubt he’ll be pleased with what’s become of him.

I forsee Slaine becoming far less patient and thus far less careful in maintaining all his lies and deceptions. Combined with the fact the Deucalion is being deployed to space for an as-yet-unannounced but surely important (and risky) new mission, it opens up the possibility for an anti-Slaine resistance, involving Inaho, Mazuurek, and possibly Cronkine. But first, Slaine’s source of power taken away, which means the princesses must be freed.