Framed as a day in which Yuri Court is not in session and narrated by Shaba-da-doo chief Judge Life Sexy (bear) himself, Yurikuma Arashi 04 is a past-tense heavy, backstory building, infodump.

In spite of that, it’s a wonderful episode full of tight storytelling and some fall on the floor giggling moments that I urge everyone who likes feeling happy to check out.

Summing it up: Lulu was once a princess, who got all the attention from her bear kingdom. One day, on the day of shooting stars, an adorable little brother was born and her world came apart. No longer the heir, no longer doted on by her maids, Lulu became deeply jealous.

Unfortunately, her little brother loved her very much and, for the promise of a kiss, would go on ‘adventures’ to find her a falling star. I air-quote adventures here because Lulu convinces him to get into a box marked ‘love’ and kicks him off a cliff at the beginning of each.

The little prince always returns, beaten up a bit, but holding a wonderful pot of honey in exchange for a Lulu kiss — and every time Lulu freaks out and throws his pot of honey out the window and kicks him off the cliff again.

Until one day, the prince dies and Lulu gets what she wants. Years later, surrounded by wonderful things and chased by endless suitors, she is empty inside and, only after meeting Ginko (who’s retrieved one of the lost honey pots) does Lulu find purpose again. Her kisses are gone, her happiness too, but she will be a criminal bear and help Ginko find happiness and cross the wall into Human lands.

The episode closes with Lulu and Ginko under their mushroom-hat tree. Lulu holds her dead brother’s honey pot and Ginko a golden star on a ribbon… which matches the one worn by Kureha’s late mother! 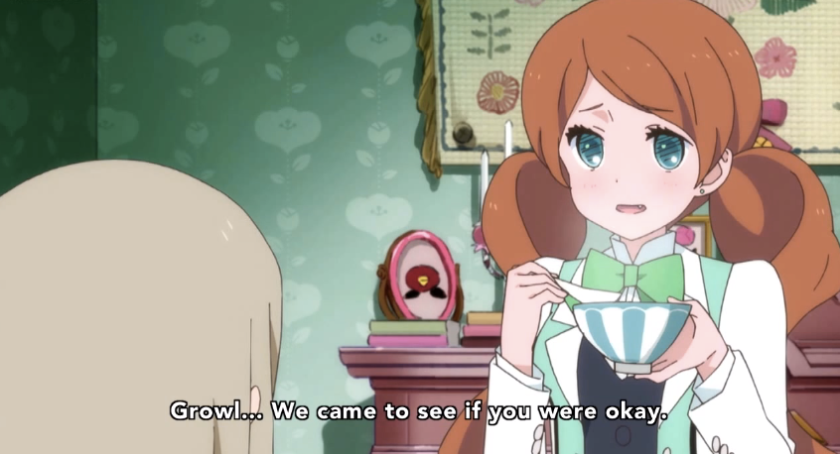 What earned it a 9: the card-style storybook flashbacks were charming, the backgrounds beautiful, and the added context for the male court-bears in Lulu’s past and the reasons for Lulu being devoted to Ginko were all deftly handled and well integrated.

And Judge Life Sexy’s “Shaba-do-doo’ing along with the background music almost earned it a ten on it’s own. 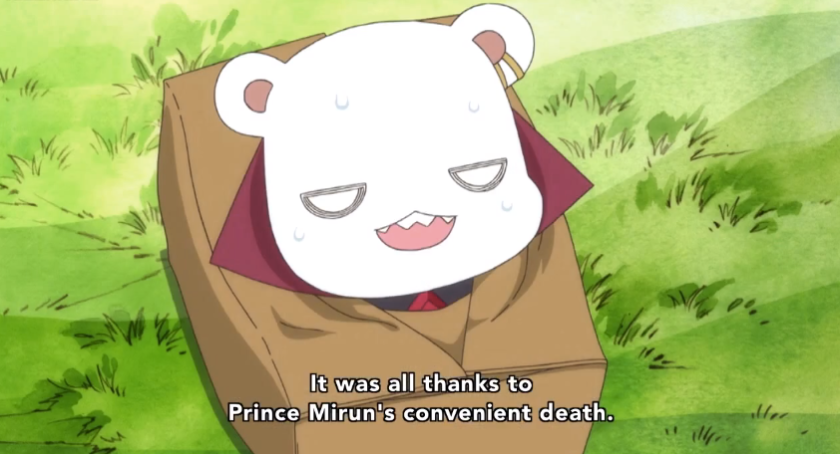 Why it didn’t a 10: it’s an infodump episode. Pure and simple. All the elements were integrated very well but the info dumping wasn’t integrated with the current events in any way.

Most importantly, this means nothing really happened in ‘current events’ part of the narrative.

I’m on the fence over the castle, the bear-infused decorations and architectural elements being a good break from the hard edge, pattern heavy ‘current events’ style or if its general lack of action and ‘otherness’ was distracting.

The art style was beautiful regardless and I especially liked the bonnet-wearing bear maids in waiting.