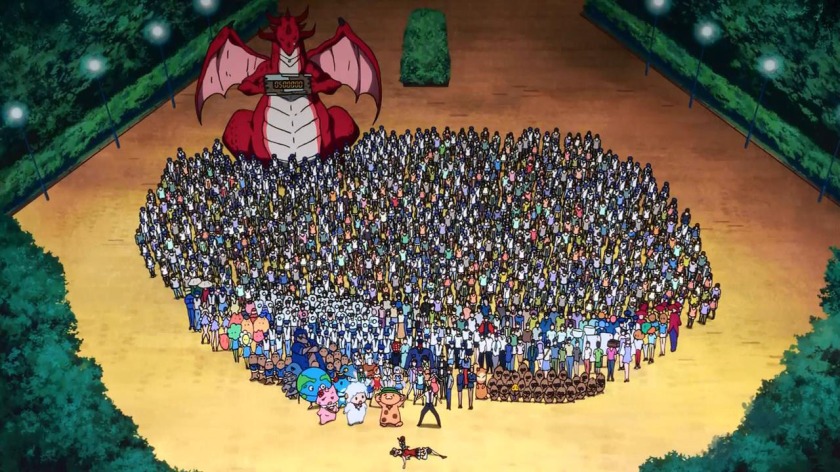 ABP comes to a satisfying, if not a fairly typical storybook ending this week. Except I don’t believe this is the final episode, which means next week is going to be an interesting experiment in how to end a show, after you’ve ended a show… 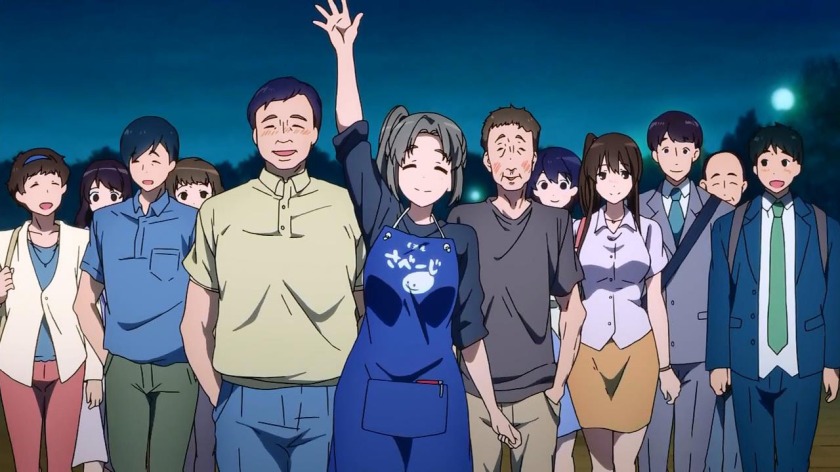 The Summary: with time running out, everyone at the park whips out their phones and calls everyone they can think of. Muse gets her grandmother, Tiramie gets a ton of angry husbands and wives, Sylphy gets her weird internet fans and Kanie-kun gets the girls who are still angry at him from the previous high school fiasco. Even a pizza guy is called, just to get him through the turnstile. With the three little boys who hunger fiercely for Sento, the park crosses the 500,000 mark and the day is won!

Then love wins out (or something) and Latifah doesn’t forget who she is and Kanie-kun decides to stay. We even learn the evil Developer was actually the evil wizard in disguise all this time! 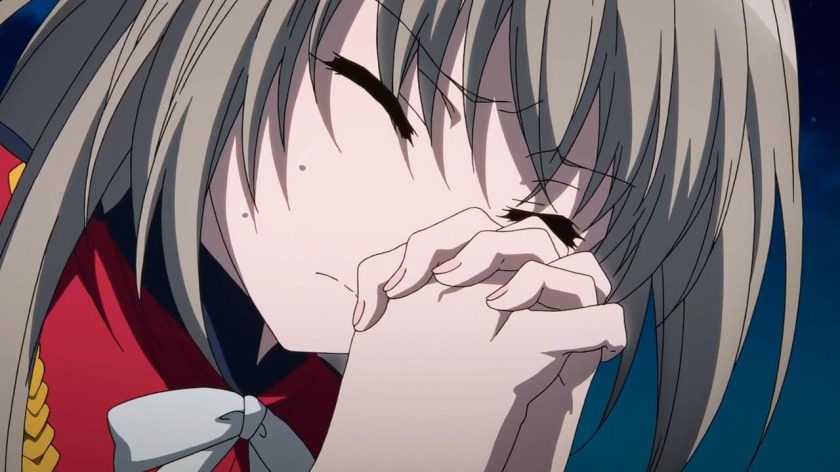 The Good – ABP knows we wanted a happy ending and it gave it to us. And it gave it to us clean, without any magic tricks our nonsense pulled out of the hat. Everyone has friends and, in a pinch, those friends came through. It was a good feeling.

Moreover, the reveal that the parcel of land that the park must sell to the south is going to a major grocery chain (‘Moll Mart’) that will provide great synergy to the park for years to come was a lovely, un-silly cherry on top. 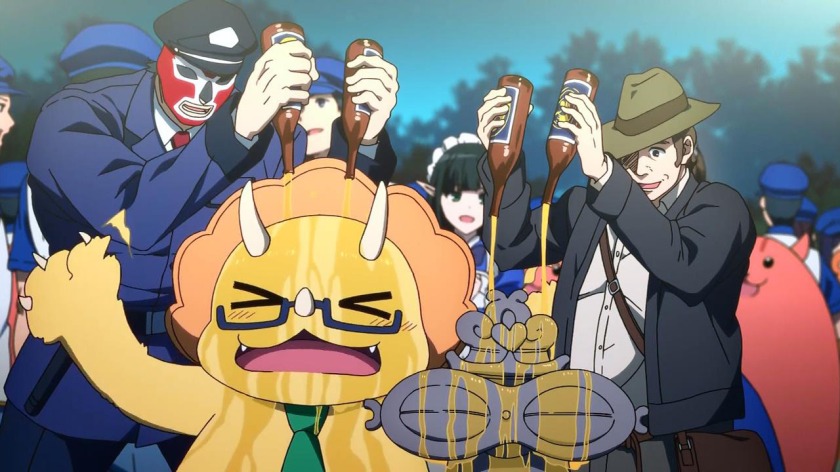 The episode doesn’t forget any of the small details either. The three pervert boys are an obvious addition, but I love that the boy who always asks his mom about adult content and gets told to ignore it was in the background too.

And that’s nothing compared to the delightfully silly mute-statue that some how moves around the park. When the going got tough, even he called someone on the phone…except he doesn’t talk so they keep asking who’s called them! 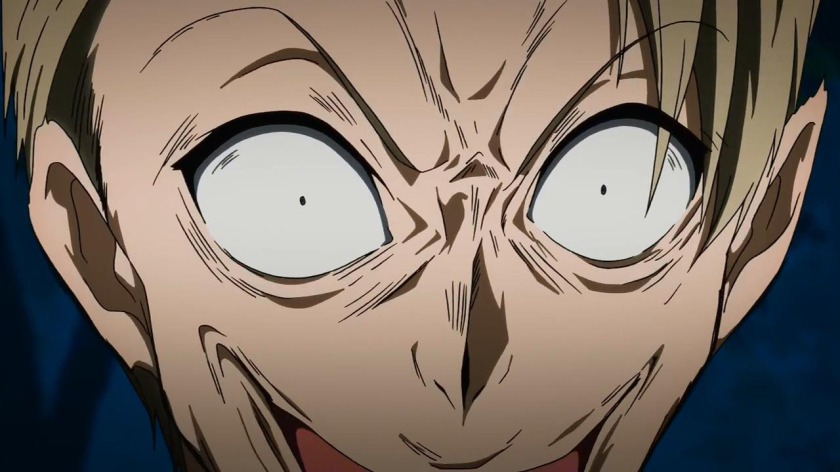 The not as goods – Well… that evil wizard plot came out of nowhere a few weeks back and the sudden reveal that the blonde developer was the wizard all along felt even more out of left field. Underdeveloped, abrupt, and poorly integrated with the story.

I guess ABP avoids a major problem with it only because the story is so tangential and on the sidelines. So, at least his evil laugh (and plot) was mere seconds long and then we were done with it. 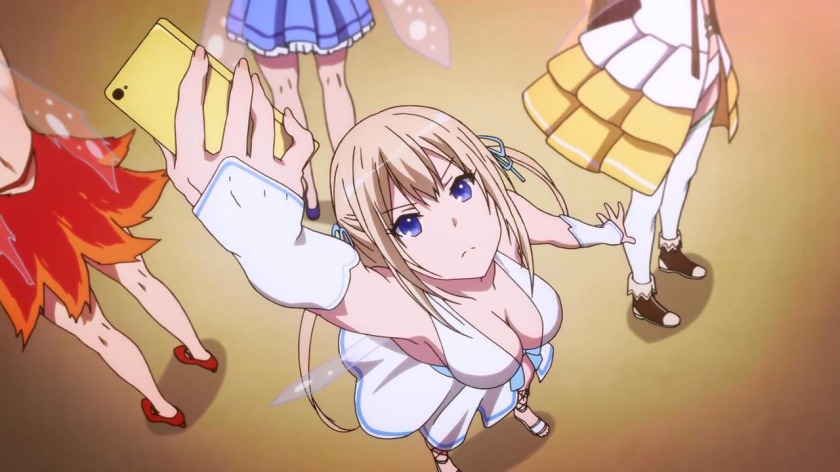 The Verdict – This was a lovely feel-good resolution that felt earned by a big cast of characters I’ve fallen in love with. Yes, I don’t care about the princess nor the wizard and yes, her love triangle with Sento hasn’t gone anywhere, but none of those elements were really the point of the show. 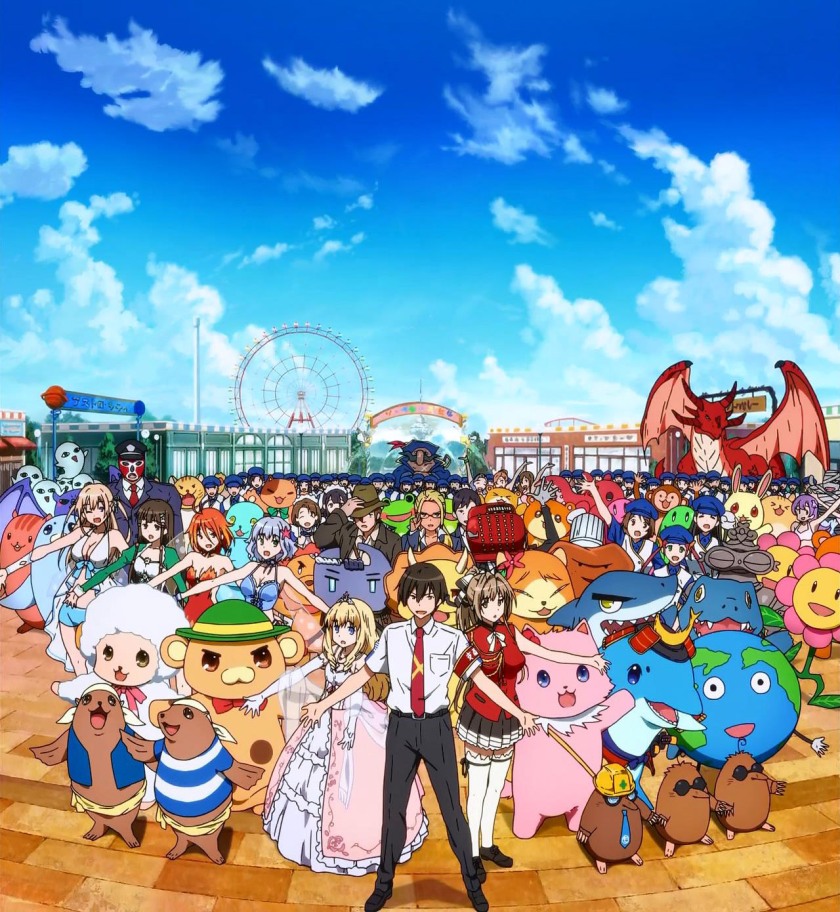 My only concern is for next week. Next week will either focus on the evil wizard, who’s plot was never part of the story in a meaningful way OR it will just be happy after the facts and no conflict.

In either case, it risks feeling tacked on and irrelevant. Who knows though, ABP is a fantastic show and I look forward to being proved wrong.

One thought on “Amagi Brilliant Park – 12”