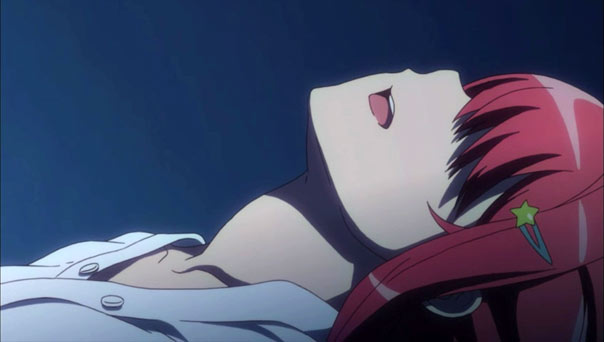 After staking (or not staking) their claim on Jurai, this week the girls start to press those claims (or non-claims). We start with Tomoyo, who we’d thought was at the top of the running despite her average test scores, but suffers a triple defeat in the first couple minutes: she’s eliminated from the novel competition, she loses an excuse to hang out with Jurai more, and she ends up being the last one to ask him out. 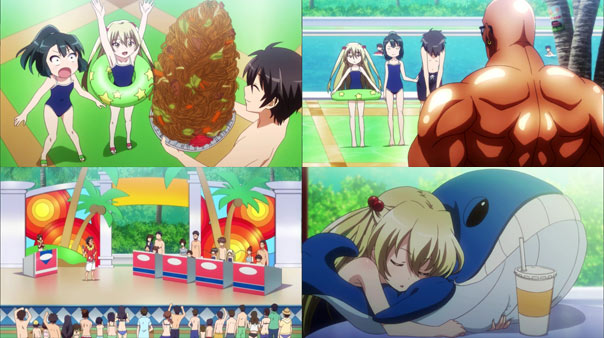 The one who gets first dibs on Jurai is Chifuyu, of course, but we watch those two interact through the suspicious eyes of her friend Cookie, who tagged along as a chaperone. She decides to make the day all about trying to sabotage Jurai’s standing with Chifuyu, but he only ends up making Cookie into another admirer. 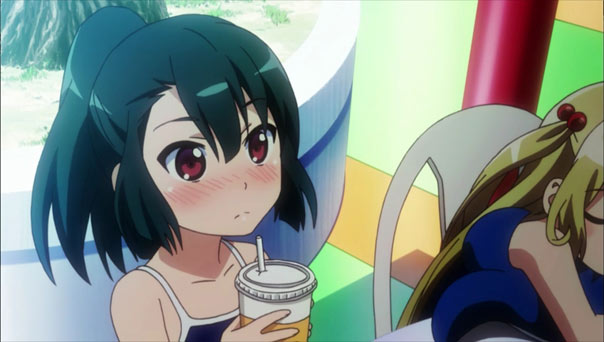 Jurai shows Cookie he isn’t the creepy pervert she thought he was. Far from being ‘interested’ in Chifuyu (or her for that matter), he wants to make sure Chifuyu has a friend after he and the others graduate and part ways. He comes right out and says he doesn’t think he’ll be by Chifuyu’s side forever. It’s good that Chifuyu is fast asleep, because if she heard him say that, it would have probably broken her heart. But hey, Jurai just doesn’t see her that way, so that’s that. 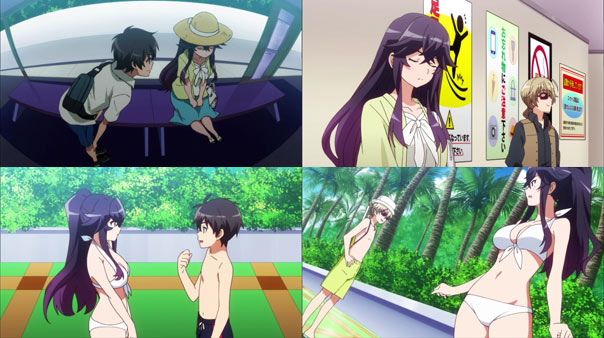 Next up is Sayumi, who is actually operating under the tutelage of Sagami, whose true motives remain unknown. I like the look Jurai makes when he realizes Sayumi brought him to the same place Chifuyu did the day(?) before, but he can hardly complain now that he has a gorgeous, perfect date his own age.

Sagami messes with her by giving her a revealing white bikini than claiming it will become see-through if it gets wet. This leads to a phenomenal athletic performance by Sayumi, who clears every aquatic obstacle course in the park without getting wet, before finding out it doesn’t become see-through after all. 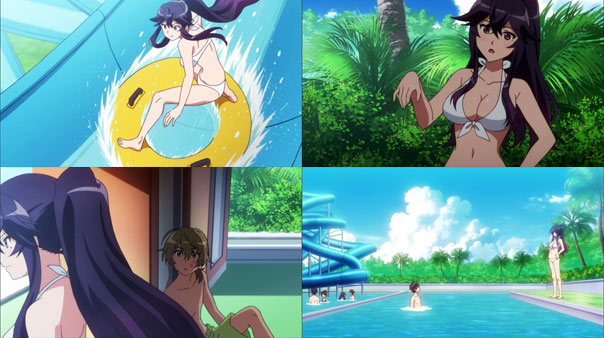 But the bikini, and the rest of Sagami’s proposed tactics, are all based upon the idea that she isn’t going to win the Jurai sweepstakes by playing clean and fair. Sayumi rejects his suggestion she devalue herself and washes her hands of him. Sagami isn’t that miffed, as he contacts a former member of “F” right after Sayumi leaves.

But like his day with Chifuyu, there isn’t anything to suggest the girl made any progress whatsoever with Jurai. He may be aware she totally rocks her bikini and has a great figure and even recognizes when she’s acting under the influence of someone else…but he doesn’t seem into her. He treats her like a platonic friend.

That brings us to Tomoyo, who finally gathers the courage to call Jurai up and ask him out…but she’s far too late. The days she could have spent with him, he spent with Chifuyu and Sayumi. And even if they proved not to be that much of a threat, she still has Hatoko to deal with, and Hatoko has Jurai for the next couple days (and one night!) as their two families go on their annual vacation. 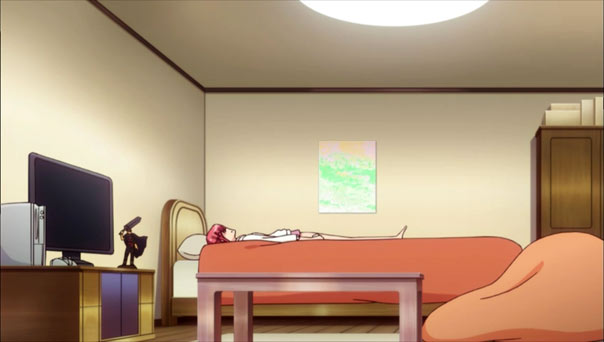 So, ‘oh no,’ Tomoyo’s in trouble, right? Hatoko could do all manner of things to him in that stretch of time. Well…not necessarily. Hatoko may well use her opportunity well, but that doesn’t mean Jurai sees her or will suddenly come to see Hatoko as a potential love interest.

Even though he only had that one somewhat distant phone call with Tomoyo, he still thought of buying a book for her. Tomoyo’s down, but definitely not out. Still, that phone call was rough. I felt so bad for her!