The island that Chaika, Fredrica, Tooru, Akari, Red Chaika, Selma, and David land/wash up on may as well be called the Island of Answers. But Chaika should’ve been careful what she wished for: she got a lot of answers on this island, but none of them good.

Obviously, we knew from its magic camouflage that this was no ordinary island, a point driven home by rampant Fayla of many kinds, as well as a force of “demi-human” soldiers serving as the island’s guard. Among the people who arrived here, Chaika is probably the weakest on her own (and gets captured almost immediately), but even Akari needs to be bailed out by our favorite “Do whatever the plot requires” character, Fredrica. 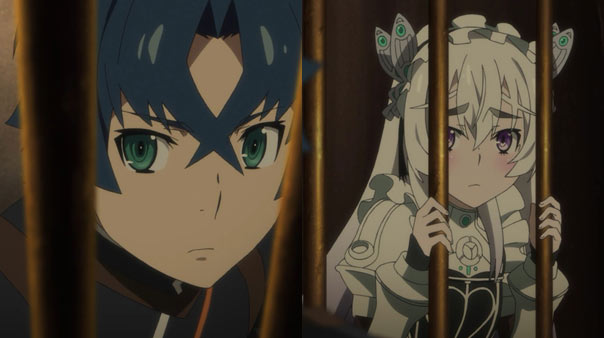 Tooru finds the underground compound where Chaika is being held and springs her, and the two put behind their very brief falling-out. They sneak past the demi-human guards and when the way in is blocked by guards, they look for an alternate way out, and that’s when things get weird…and very expository!

You see, this island is the top secret facility of the Gaz Empire Institute of Magic, presently being run by Viktor Izhmash. Looks like the Chaikas were far from the last remnant of Gaz’s empire; much of his ambition is still alive, well, and still very much in the game right here. And wouldn’t you know it, Chaika comes upon a dying captive kraken who agrees to answer her questions. What he doesn’t do is promise she’ll like the answers.

Those answers include the fact that everything Chaika and the other Chaikas have done so far has been solely because they were engineered to do it. She and they have acted with a directive implanted in their brains, along with false memories of being Gaz’s daughter (turns out he never even had a daughter!) to give them the emotional connection needed to want to gather his remains. 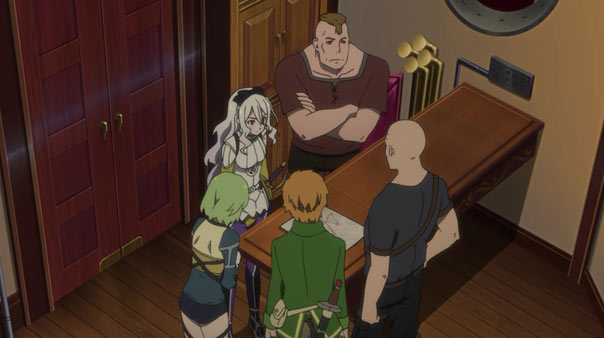 Some Chaikas are collecting remains, like Trabant and Bogdan. Others, like Layla, cast away that purpose and chose a new one, though her story didn’t have a happy ending either. And others, like Vivi, were never fully formed. But now a lot of what we’ve seen from the Chaikas makes sense. They’re not clones; they’re genetically and mentally modified orphan girls, spread out across the land, tasked with facilitating Gaz’s return.

It’s all pretty darn ghastly, isn’t it? Here was Chaika, just trying to gather her father’s body so she could give it a proper funeral, being told that not only was her urge to gather remains merely a front for a far more sinister grand plan, but she’s not even related to the guy! 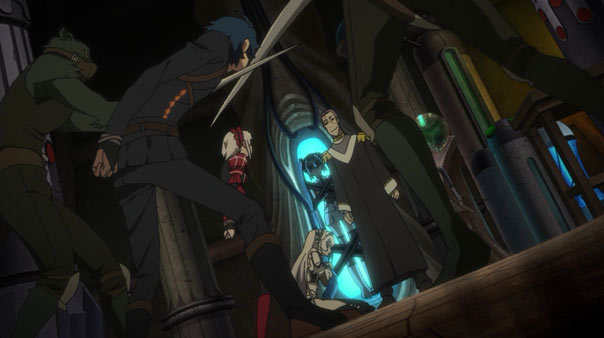 Yes, everyone is Izhmash’s prisoner and he plans on labotomizing the Chaikas and probably using the others for experiments or Fayla food or the-gods-only-know what else, but that’s almost beside the point, since Akari and Fredrica are still very much free and Izhmash isn’t aware of their presence on the island. So it’s a good bet our friends will be rescued, but to what end? Chaika has just had it confirmed that her entire existence to this point has been a lie. Where does she go from here?

One thought on “Hitsugi no Chaika: Avenging Battle – 04”