Night Raid’s decisive defeat of Dr. Stylish and his army of experiments does not immediately lead into another Jaeger fight, and that’s okay by me, since we get to see them enjoy a little down time (or rather leveling-up) time, and we’re formally introduced to their two new members and the new dynamics that ensue within the group.

First up, Susanoo, who we saw a lot of last week in action, turns out to be Najenda’s new Imperial Arm, having awakened for her in part because she resembles his old master (who was a guy, mind you). Because he was designed to serve as an Imperial bodyguard, he’s not just good at fighting, but is a neat freak and household chore-master. His culinary skills ingratiate him with Akame, and the two make fast friends. 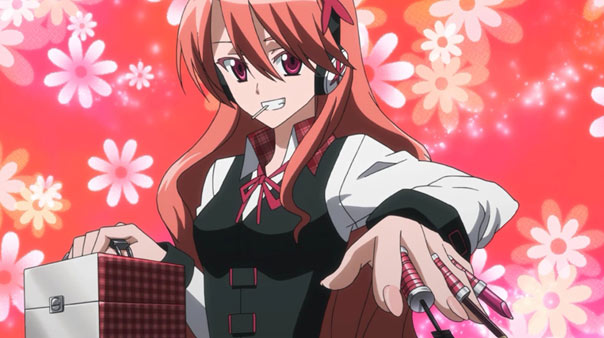 The second new member is Chelsea, who dons a school uniform, is almost always sucking on a lollipop, and is voiced by the lovely and talented Nazuka Kaori. Najenda identifies her as one of the rebellion’s top assassins, specializing in deception. Her Imperial Arm “Gaea Foundation” is a cosmetics box that allows her to take the form of anyone, a useful skill the group has lacked thus far. She’s also very laid back, confident, and arrogant, and clashes with Mine often. 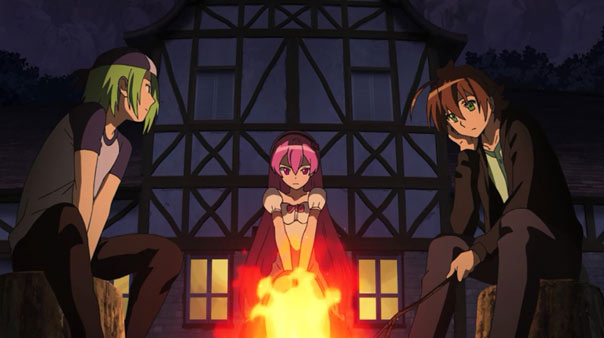 When Mine orders Tatsumi and Lubbock to “teach her a lesson”, Tatsumi ends up learning that Chelsea is the only survivor of her old group, and doesn’t want that to happen with this new one, which is why she won’t hesitate to tell it like it is if she thinks any member of Night Raid is coming up short. There are a lot of battles that have yet to be fought for the revolution to succeed.

As Night Raid trains in a remote and secluded area, the rest of the Jaegers are also standing by when Esdeath realizes Dr. Stylish has bought it. As the person who gave Seryu her new arms, he is yet another loss for her, putting what remains of her sanity in jeopardy before an increasingly empathetic Esdeath comforts her (beating Wave to the punch). Seryu remains an interesting character in that she is utterly convinced she and the Jaegers are the good guys.

For her part, Esdeath is still upset over Tatsumi fleeing, and is determined to get him back, but we learn that Run has joined the Jaegers to “observe” her, suggesting he may have plans in mind she may not agree with. We close with the reveal of another new guy who has a big grin and sics danger beasts on miners. One major takeaway from this episode is that there’s plenty of material for the second cour.