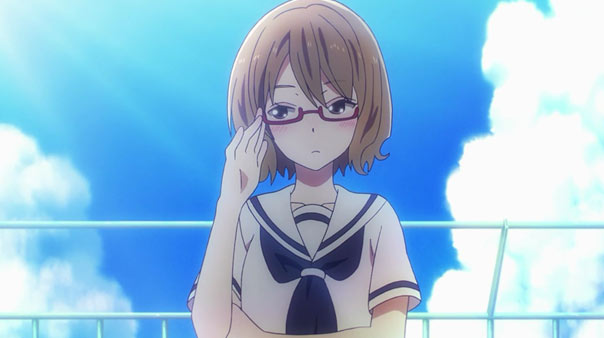 Hanayamata wastes no time this week installing Machi as the fifth and final member of the yosakoi club, but she’s not here on a whim: she thought their performance at the department store was woeful, and she’s going to whip them into shape, come hell or high water. But first, with just three weeks left until Hanairo, they must now adjust their choreography and music for five. 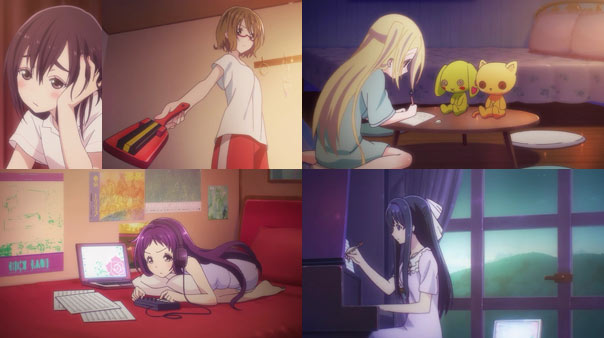 Tami, she of ample means, suggests a training camp at a traditional hot spring inn where her family always has a room reserved, and Machi insists they’ll practice the entire time they’re there. That’s wishful thinking, as the other four members end up pulling all-nighters in order to get their work done, which leaves them somewhat lacking in energy, a problem compounded when they must practice outside in the heat. 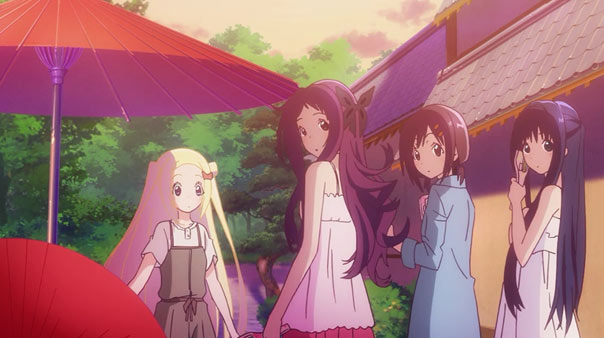 Machi’s bossy, tell-it-as-it-is nature also clashes with Yaya, particularly when she finds out they blew registration deadline for Hanairo, which, I must admit, is pretty bad: if you’re going to work so hard towards such a big event, at least make sure you’ll be in it! Festival or no, Machi is determined to catch up with the others, and practices a lot alone. 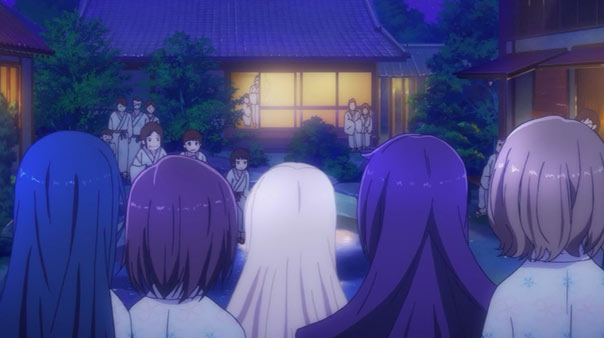 When Sari spots her sister doing this, she lets the others know; moved by Machi’s devotion, they join her in practicing, which then attracts and delights all of the other inn guests. It’s a fun, triumphant moment for the club, as the fates allowed them to perform in front of an interested crowd after all, despite blowing the Hanairo deadline. Machi even cracks a smile. 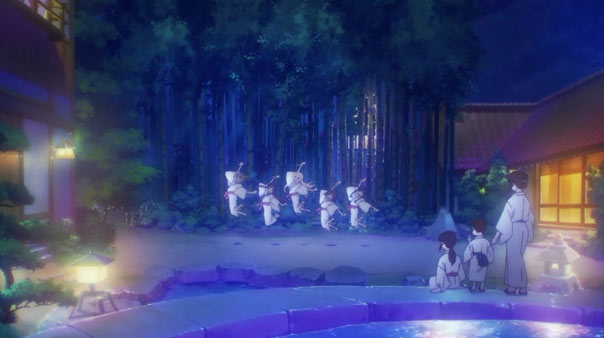 Even that turns out to be a false alarm, as we suspected from the start, but for a different reason. We though Sari had already registered and remained quiet after Machi’s discovery in order to motivate the others. Turns out she’s not quite that underhanded. Instead, she contacts the yosakoi store-owner Oofuna Masaru (whom she knows likes her) and asks him if there’s anything he can do. 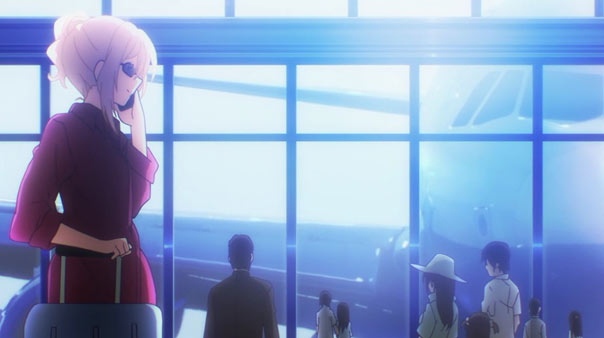 He can, and thanks to another group dropping out, Team Hanayamata is officially back in, and new badge design comes to Naru, incorporating five flowers that represent the girls. Everything is looking good, but with Hana’s mother suddenly arriving at Japan, it looks like it’ll be Hana’s turn to have a character episode, much like Naru, Yaya, Machi, and Tami have had before.