This episode could best be summed up thus:

sesameacrylic OUT. Have a good night! Drive safe!

Huh? Oh…alright, I’ll say a bit more. Here’s what we know: Touka’s hallucinations are getting longer and more intense, now replacing whole chunks of the real world with…something else entirely, including this week’s titular “snow.” They seem to get stronger when she’s around Kakeru—not exclusively so (she has a pretty strong one alone at the glass studio), but enough to make her afraid to get too close to her. Kakeru is also afraid, and with good cause: he likes Touka; I’m sure he doesn’t want to accidentally “break” her! 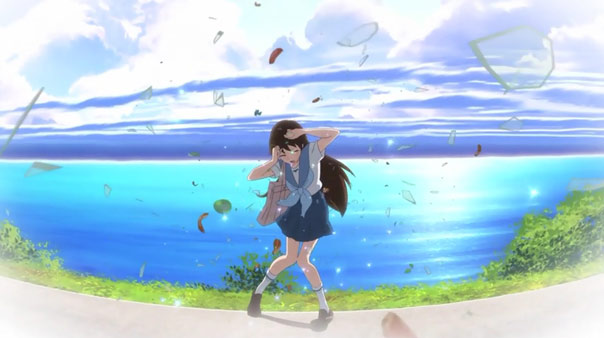 That’s about all we know. This episode doesn’t give us any answers, but only deepens and intensifies the mystery. It also has Touka and Kakeru’s “connection” arriving at the point where they can’t hide it from the others anymore, even if they’re worried they won’t be believed (and who can blame them? no one else can see or hear what they do). It’s notable that the episode closes with Kakeru placing his hands on a panicking Touka’s trembling shoulders (right after she envisioned him grabbing and kissing her). Despite the distinct possibility he’s causing this, Kakeru can’t leave her side; not while she’s like this. 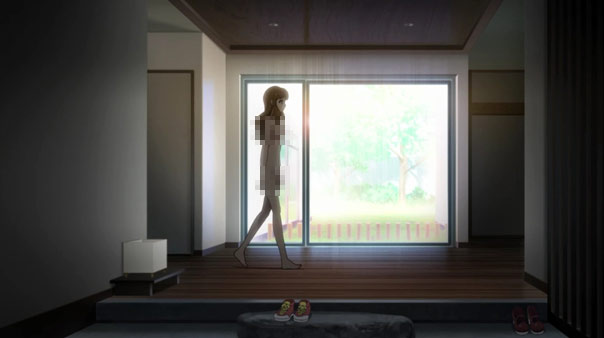 That’s a tricky situation no matter how you slice it; one that either of them would probably happily trade for the more conventional relationship troubles their friends are presently embroiled in. Weakest of these is the Yana/Yuki/Hina triad, in which Touka’s sister continues to observe the other two in a way that borders on the voyeuristic. Back in the pool, poppet! We’re also treated to Yana walking around her house buck naked…for some reason, then she decides to run when and where Yuki ran. Alright, then! 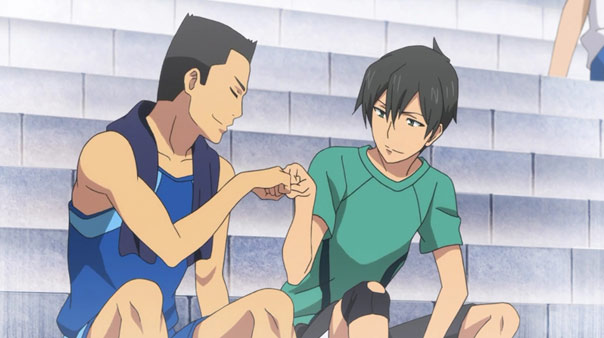 Yuki, meanwhile, blew town for a late summer track camp, where he fits back in with his old teammates right up until the point they all breeze past him. It could be the case that even taking things nice and slow won’t give Yuki back what he lost, athletically speaking. Or is his heartache causing him to unconsciously loaf? I don’t know, but he’s technically the first member of the circle of friends to have left town (though he’ll probably return) and he didn’t tell anyone (not even Yana) that he was going. Yeesh.

Touka and Kakeru are getting more interesting as a couple thanks to all the mysterious doins-a-transpirin’, but on the other side of town, our favorite couple doesn’t need any fancypants supernatural whatsit to be compelling. Sachi who is imperfect and wonderful, feels bad about using Hiro, and lonely that he doesn’t show on her last day at the hospital. Momo says Hi, ignorant as she is of their spat (her poor sad car’s deterioration proceeds apace). I love how devastated both Sachi and Hiro are; this is their first time, after all, and it shows. I hope they can make up, or else we’re through, Glasslip.

Still, while what Sachi did was wrong, and she knows it, I’m not sure she wouldn’t do it all over again if given the chance. Even if she regrets it (and I’m sure she does, considering her reaction to Hiro’s reaction), a part of her also must regret not being able to follow through on her plan to break up Kakeru’s date. Touka’s hallucinations are strange, but they’re also dark. Perhaps Sachi somehow senses that darkness in Kakeru, and her happiness with Hiro took a backseat to her desire to protect Touka. Judging from what I’ve seen, I can’t rule out her being in the right: maybe Kakeru is dangerous.