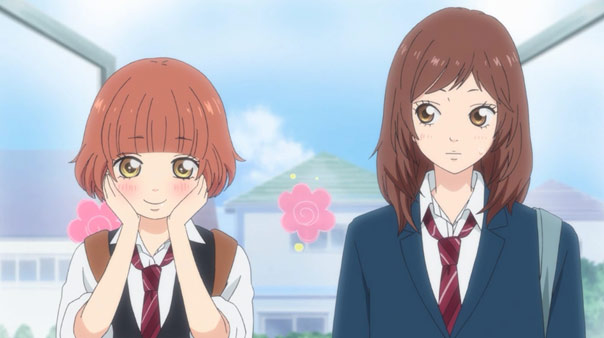 When Futaba learned that Yuuri liked Kou, it could have been a simple matter of her telling her she likes him too, so of course Futaba lies and says she doesn’t, and everything Yuuri says and does thereafter makes it that much harder for her to recant her statement. Yuuri trusted her, so now the truth will hurt Yuuri and damage that trust, instead of just the former.

But by lying to Yuuri, Futaba is lying to herself too; something she realizes by the episode’s highly charged ending. Futaba decided to consider whether she actually loved Kou, or was simply charmed by his sparingly-used nice side. She strives to devalue her feelings for Kou compared to Yuuri’s, even though it’s far more likely the opposite is true. It seems to me that Yuuri is the one letting one instance of Kou being nice balloon into infatuation.

Futaba’s doubts are supported when she has trouble with Kou trivia, but Yuuri knows even less about him, and has no history with him. Not to devalue the strength of Yuuri’s feelings, but from our perspective, Futaba was first, and has just as much right to love Kou as she does. We also don’t see Kou choosing Yuuri over Futaba…not even as a cruel joke. 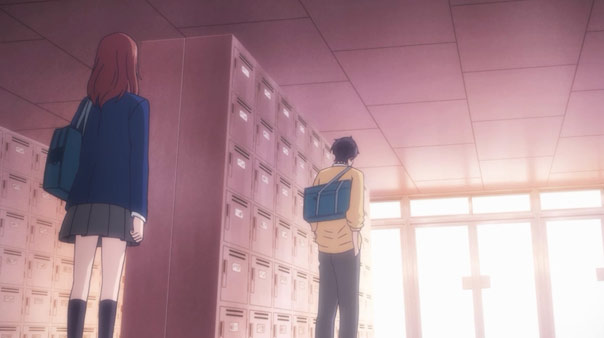 Of course, I’m talking about sense and logic, concepts unknown to teenagers with love on the brain. Futaba wants to love Kou, but it makes her feel like crap because of Yuuri. It’s an unenviable position, and she tries to let fate and circumstance choose for her, with Kou himself as the game piece. The result is satisfying because as inevitable as the couple seems, in this instance it really could have gone either way.

Kou surprises her when he sticks around after she turns in the paperwork, and even when she takes the ridiculous step of deciding to give up on Kou if he doesn’t get out of the train and not giving up if he does, Kou stays right there, by her side, a fairly arbitrary test! Yet, it’s as if he’s just naturally drawn to her, and picking up on what he said, it would be “unnatural” for them to be apart. At the end of the day, she wanted him to step out of that train—to pick her—and he did. So, as Futaba says in her head: Sorry, Yuuri.