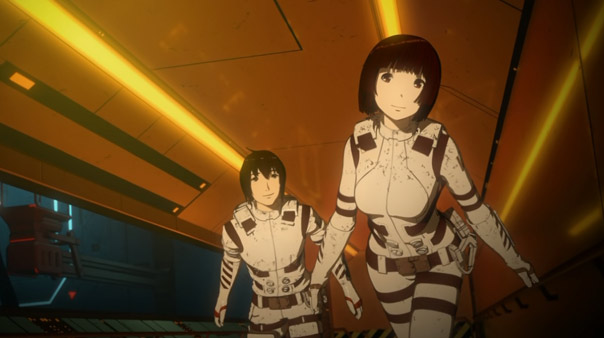 Hero. Idol. Tug-of-war Rope. Pawn. Fuck-up. Scapegoat. Nagate’s a little of everything this week, like the episode itself. We start off with the jubilation of him and Shizuka being rescued by all the other Gardes (a goosebump-inducing scene we’re glad was repeated), and he gains instant celebrity status upon his return. 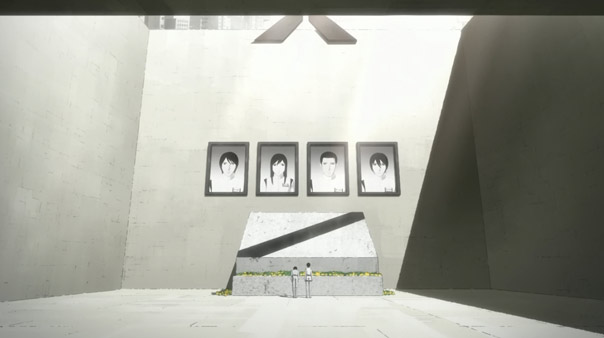 Before the celebrations, Nagate and Shizuka undergo extensive medical tests. A little yellow light on Shizuka’s readout appears to be nothing serious, but it sets a foreboding, optimism-eroding precedent. Nagate, Shizuka, Kunato and En are promoted to full Gardes pilots; a mere formality considering they did what the Elite Four couldn’t: defeat the Gauna and return alive.

Nagate makes a point to visit the huge memorial to the Fallen Four, which only ingratiates him further with Yuhata, who enters Full Pursuit Mode at the post-promotion party. Izana remains thoroughly annoyed she has to share Nagate with anyone, but Shizuka takes a more pragmatic approach. 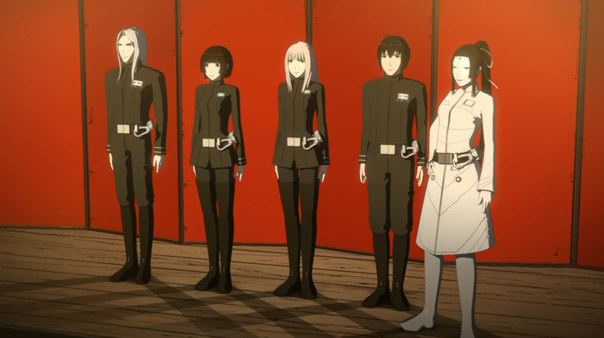 In the ensuing bathysphere excursion, we get the closest thing Sidonia’s had to a harem quarrel, as the girls are literally jammed in the door, with Shizuka ending up alone with Nagate by sheer dumb luck (and physics). The mere fact they’re in their own bathysphere blushing at one another is more foreshadowing, lest we forget what became of the last couple we saw in one of these.

As his peers revel in Nagate’s heroics and much of the greater public slurps up the feel-good narrative, Kobayashi consults with the elder council (whatever they’re called; I forget), who see Nagate as a valuable pawn in the never-ending quest to  preserve Sidonia. And if he proves less pliable or competent than they envisioned, Kobayashi is to dispose of him. 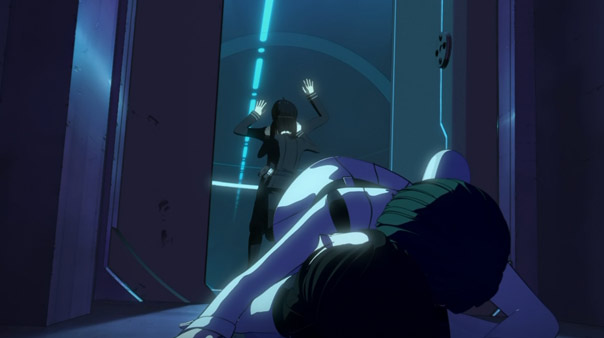 That leads to Nagate’s final roles this week: fuck-up and scapegoat. He and Shizuka can’t even complete their love cruise when they’re ordered to sortie against a very nasty and tough-looking “hive-type” Gauna. But we don’t see the battle; that’s likely to come. Instead, we go straight from Shizuka giving Nagate a parting salute the camera dwells on (the episode’s title) to him waking up in hospital.

Like him, we have to piece together what happened, but unlike him I know immediately it’s nothing good. When the Honoka sisters give him eye-daggers and Izana says nothing, he has to get it from the TV, which slowly, cruelly reveals by steady text crawl what has happened: much of the Gauna was defeated, but Shizuka was lost. Another devastating gut punch, driven home by locking the camera on his stunned face.

Throughout this episode we saw an adjustment in Norio: while watching Nagate receive All The Laurels, he resigns himself to absorbing rather than outwardly projecting his contempt for it all. He extends an olive branch, bides his time, and in the end, it looks like he comes out on top. Because to the masses, the only hero that matters is the one that just saved you.