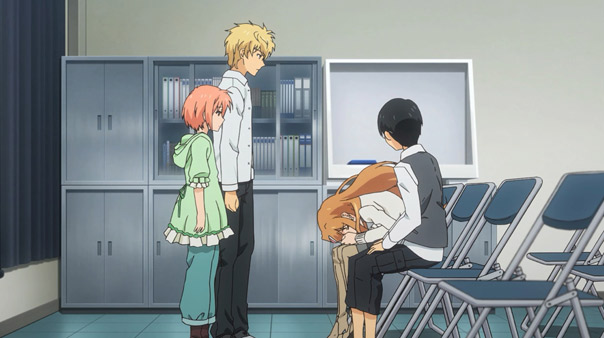 Here’s what we knew going in—or at least what we assumed: the restoration of “Old Banri” would be permanent, but while he’d forget all about Koko and the others, Koko wouldn’t forget about him, and would re-introduce herself and start all over with him, hopeful the Banri who loved her was still in there, hiding, in a larval state. Just waiting for a time to hatch out.

But that theory did not allow for an all-but-PERFECT VICTORY, which is what we get, much to our surprise and frankly, our delight. We here at RABUJOI aren’t shy about the fact that we often cultivate a transactional relationship with the anime we watch: if we are to suffer through hardship, pain, we wouldn’t mind being rewarded for that commitment in some way. In the case of Golden Time, we wanted a happy ending, but didn’t see how it was going to happen. 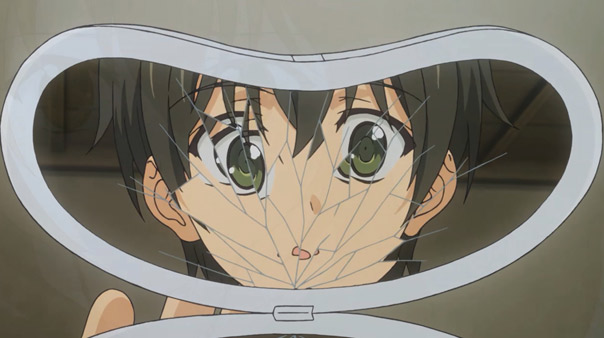 Golden Time found a way, and really, it was something it had been planning all along. In the last couple episodes, Banri had become, like, super-resigned to his cruel fate of losing everything he had become as the result of his peculiar neurological trauma. And we followed him down that pit of despair, forgetting along with him that a way back was possible. A wealth of resources were at his disposal this week, starting with the notes he wrote himself. They have no immediate effect, but provide the building blocks for his recovery, further aided by his friends.

Add to that Koko’s mirror (the unbroken one which is hers, not the broken one he left behind in Tokyo), and the strange string of obsessive emails someone who hacked his account is sending to Koko. We initially thought were being sent by Koko herself as a cryptic message to Banri, but they turned out to be from 2D-kun. That’s right, 2D-kun turns out to be the architect of Banri’s recovery, by sending those emails and also rattling Koko’s cage (when she finds out it was him) and moving her to action.d 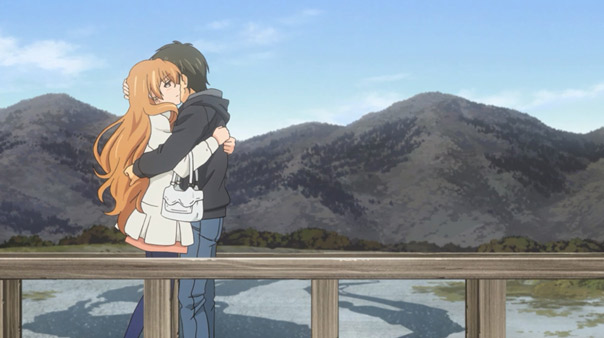 That’s how Koko ends up at Banri’s front door. At first things aren’t going so well—Banri thinks she’s Chinami because she’s returning a DVD—but his broken mirror is also in the bag, and the memories start flowing back. It’s fitting that everything comes together on the bridge where everything fell apart. It’s a little silly seeing all the different Banri’s milling around in a fog (including drag Banri, one of our faves), but in the end it works, as Linda (very belatedly) finally gives the original Past Banri the “Yes” he had been hoping for for so long.

That’s apparently all the closure he needs, as present Banri gets his memories back, including his love for Koko, and we get an extended scene of the two embracing passionately and reveling in pure joy…and relief! Frankly, we’re relieved too it wasn’t a downer of an ending. Like we said, we’d sat patiently through the awful fights and disasters and misunderstandings, and Golden Time rewarded us with a good old fashioned happy ending.